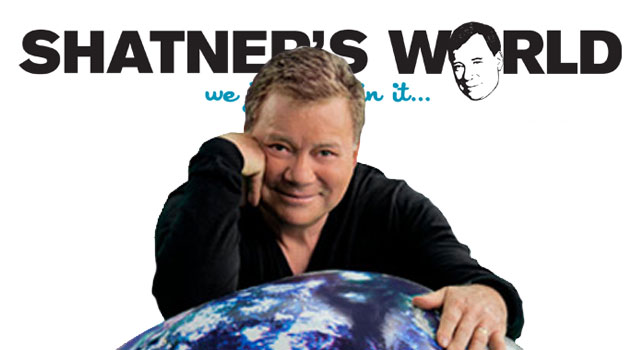 William Shatner’s one-man show, “Shatner’s World” kicked off on Tuesday night at the Music Box Theatre in New York City. Following a three-week stint on Broadway, the two-hour show will then transition to a US tour with fifteen dates currently scheduled.

“I’m looking forward to taking this show on the road and playing for audiences across the country,” said Shatner. “It’s taken me 80 years to get this show right!”

In SHATNER’S WORLD…a one man force of nature delivers a larger than life performance complete with his laugh-out-loud humor, signature storytelling and select musical selections in his inimitable style.

Through anecdotes, songs, jokes and even some poignant moments, you will experience William Shatner ‘s phenomenal path from classically trained Shakespearean actor to cultural icon, brilliantly creating the larger-than-life and most important character he has ever played, William Shatner.

SCOTT FARIS (Director) directed Bette Midler’s last show, The Showgirl Must Go On, at Caesars Palace in Las Vegas, recently seen on HBO. He has directed Chicago, The Musical, in over a dozen languages in seventeen countries around the world. His arena spectacular, Walking With Dinosaurs, garnered rave reviews in Australia, the US and the UK and had record-breaking, sell-out runs at both New York’s Madison Square Garden and London’s O2 Arena. He took over the helm on the original Leslie Bricusse musical, Sammy at the Old Globe Theatre in San Diego, which enjoyed a sold out run. In Las Vegas, he directed EFX! starring Michael Crawford, and he was part of the production team that created the amazing Siegfried & Roy at the Mirage Hotel. He has also worked as a directing consultant for Cirque Du Soleil. Scott started his career as an actor in musicals, among them A Chorus Line. He honed his directing skills by working as a production stage manager for some of the best directors on Broadway on many Tony Award winning productions such as City of Angels, Les Miserables, Cabaret, Cats, Grease, Ain’t Misbehavin’, Children of a Lesser God, and non-award winning but still legendary productions like Busker Alley and Whistle Down The Wind.