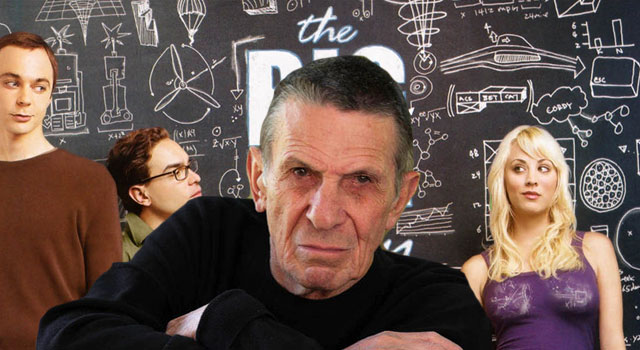 According to a report on TVLine, Nimoy will lend his voice to an episode set to air on March 29th during a dream being had by Jim Parson’s character, Doctor Sheldon Cooper.

“For years, we thought it would be fantastic to have Leonard Nimoy appear on the show and we think we’ve found a really different and fun way to make that happen,” executive producer Steve Molaro told The Hollywood Reporter. “As thrilled as we are he’s doing it, we’re even more thrilled just to get our pictures taken with him.”

Watch the stars of the show play “Rock, Paper, Scissors, Lizard, Spock” in the clip below.

In this article:Leonard Nimoy, TV