Zachary Quinto, who’s back in the role as Spock in J.J. Abram’s Star Trek sequel, was photographed on the set of the film as he prepared to be fitted for his Vulcan eyebrows.

Quinto, sporting a brown skullcap and shaved eyebrows, talked on his phone as he waited to get into the Spock character, when the photo was taken. 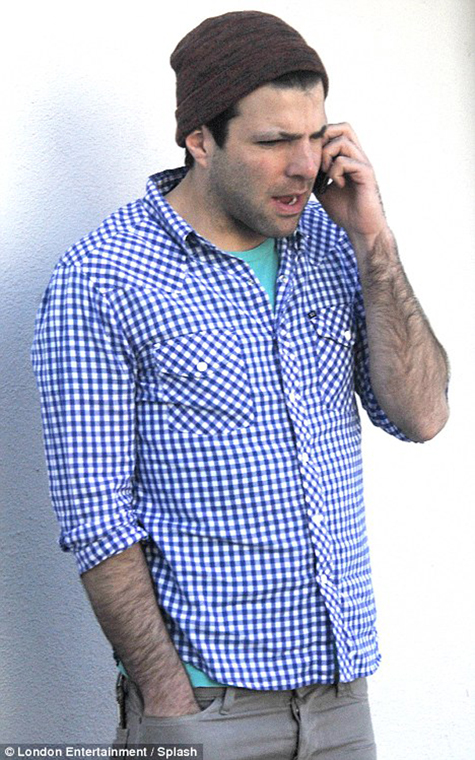 Last month, Quinto along with his Star Trek co-stars Chris Pine, Zoe Saldana, and Benedict Cumberbatch were photographed on the sequel’s set. A few of those photos depicted a fight scene between Quinto and Cumberbatch.