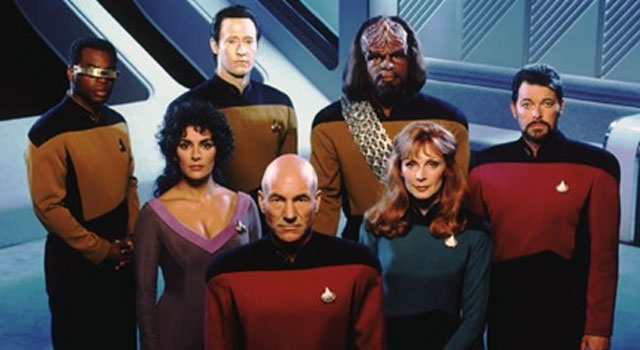 On April 28th, the cast of Star Trek: The Next Generation will reunite at the Calgary Comic & Entertainment Expo for what’s being called “TNG EXPOsed,” in honor of the show’s 25th anniversary.

Tickets are priced at $40 – $125 and are being sold in addition to the standard admission price.

The Calgary Comic and Entertainment Expo (April 27-29) will provide you with the opportunity to meet the cast of Star Trek: The Next Generation, along with many other guests. The cast will be available for autograph signings, photo ops and panel discussions. Although the autographs and photo ops will have an extra fee to them, the panel discussions are included with your admission to the Calgary Expo. Seating is on a first come, first serve basis. The panels featuring the cast members will be broken down into the following groups (schedule and times To Be Determined).