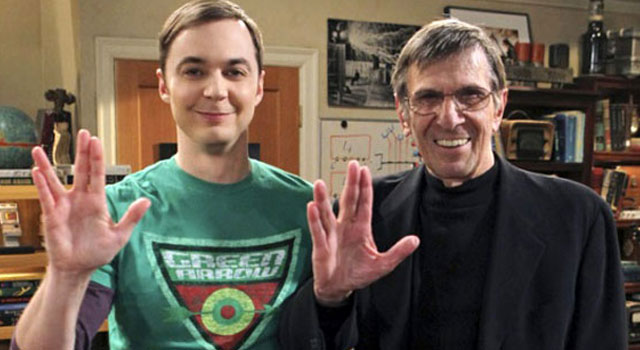 Star Trek legend, Leonard Nimoy is scheduled to guest star on next week’s episode of CBS’ hit comedy The Big Bang Theory. While he won’t appear on screen, Nimoy will voice the character he’s most famous for, Spock. Or at least a “Tiny” Spock.

CBS recently released a few photos from Nimoy’s visit to the show’s set.

“I thoroughly enjoyed myself,” Nimoy recently told The Hollywood Reporter. “[They’re] a talented company and a smart show; they made me welcome.” 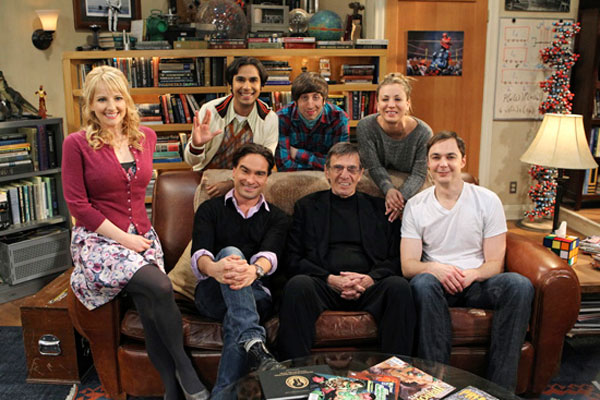 Nimoy with the cast of BBT

“For years, we thought it would be fantastic to have Leonard Nimoy appear on the show and we think we’ve found a really different and fun way to make that happen,” Steve Molaro, executive producer, told The Hollywood Reporter. “As thrilled as we are he’s doing it, we’re even more thrilled just to get our pictures taken with him.”

Nimoy’s episode of the The Big Bang Theory, “The Transporter Malfunction,” airs March 29th at 8 p.m. on CBS.

Watch a preview of the episode below.