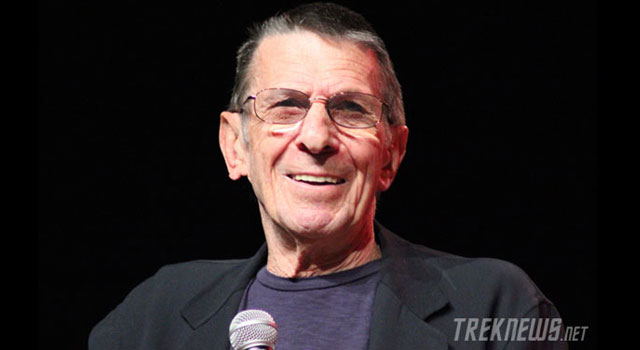 Leonard Nimoy, one of Star Trek’s most memorable actors, turned 81 years old today, and no, he is not 129 like his most famous personage, Spock, the half-human, half-Vulcan science officer from Star Trek: The Original Series for which Mr. Nimoy is famous. Aside from his well-known portrayal of Captain Kirk’s Number One, he has been involved in many projects of his own creation, some of which, to this day, remain underrated and under-celebrated. Throughout his life, for example, Nimoy immersed himself in a diverse array of acting roles on stage and screen; recorded and performed several musical albums, and produced photographic works of art showcased in exhibits throughout Massachusetts. He was also the director of successful motion pictures and authored two autobiographies and even penned a collection of poetry; such creative resourcefulness is the trademark of an exceptionally talented and brilliant artist.

In appreciation of fantasy and science fiction genres, Mr. Nimoy wrote and recorded musical albums under a contract with Dot Records in the late 1960’s while simultaneously fulfilling acting roles in Star Trek and Mission: Impossible. His musical career, though short lived in comparison to his dedication to acting, included songs like Twinkle, Twinkle, Little Earth and Spock Thoughts. Nimoy even sang the popular The Ballad Of Bilbo Baggins, in dedication of J. R. R. Tolkein’s adventure novel The Hobbit; a music video of Leonard Nimoy’s The Ballad Of Bilbo Baggins was produced and can be found on YouTube with viewer counts as high as 1.6 million.

Leonard Nimoy, actor, director, poet, musician and narrator, is a wonderfully talented individual whose many accomplishments are our treasures. He continues to peruse his love of photography and is set to guest star on this Thursday’s episode of The Big Bang Theory.