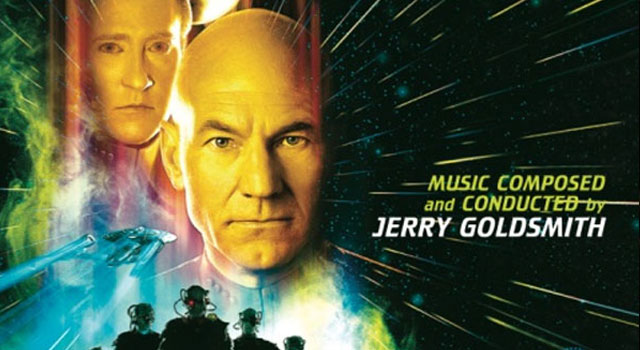 The new limited edition CD is available now for $19.98 from GNP Crescendo.

Read the full press release and track listing below.

First Contact marked the much-anticipated return of beloved composer Jerry Goldsmith to the franchise. Goldsmith’s march from Star Trek: The Motion Picture (reused as the main title theme for The Next Generation) is instantly identifiable, and Goldsmith’s extraordinary gift for melody, thrilling orchestration and musical storytelling has made him the signature composer for Gene Roddenberry’s vision.

For First Contact, schedule constraints led Goldsmith to recruit another composer to write additional music—his son Joel. The resulting score by both men combines exciting themes from Goldsmith’s previous efforts with vital new material, including a “first contact” theme (nobly sounded by French horn) and an ominous motive for the Borg. 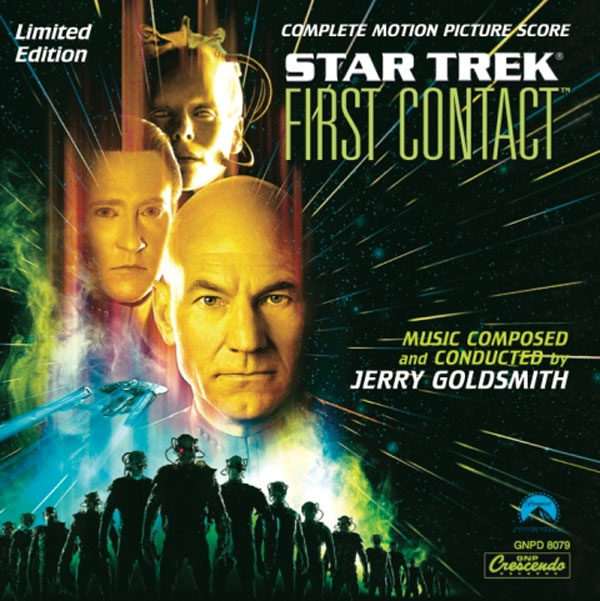