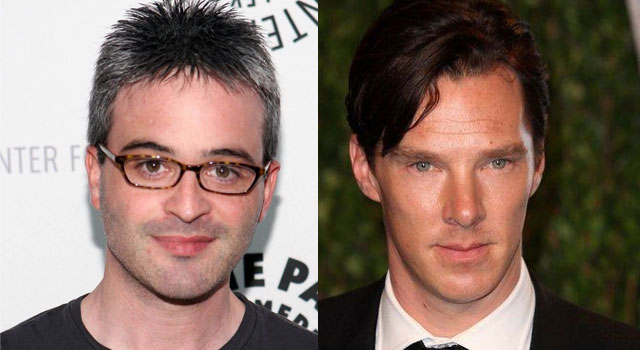 Star Trek producer Alex Kurtzman has given an update on next summer’s highly anticipated sequel. Kurtzman also talked up the film’s villain, British actor Benedict Cumberbatch, saying “He’s incredible. What he does with language is incredible. His training is amazing and he’s so magnetic, he holds the screen in any size frame, he really is a joy to watch.”

Kurtzman, who has worked with J.J. Abrams on several projects, including the original 2009 Star Trek film, went on to praise the film’s director along with the overall progress of production.

“The movie is going unbelievably well. J.J. as usual is crushing it, he’s doing an amazing amazing job. I think as much as we put all of our love and effort into the first one, there’s even more in this one and he is really, he’s such an exacting and beautiful director. What I watch him do, it’s so amazing, he inspires everybody around him and he’s been so utterly true to everything that we all have honored and loved about Trek so that’s kind of where we’re at right now. The finish line is in sight.”

While he gives very little away about the film’s plot, Kurtzman suggests there may still be some inner conflict between the Enterprise crew members.

“Without spoiling anything, the challenge is that you don’t want to jump too far ahead and assume that just because they got together they’re all comfortable with each other. They’re still all working out their kinks and still becoming the bridge crew that we remember from the series. That’s still very much alive and look, any good sequel is about the challenge that the group faces in order to become the unified team and I think that that challenge in this movie is going to be hopefully amazing.”

In this article:Alex Kurtzman, Benedict Cumberbatch, Star Trek Into Darkness