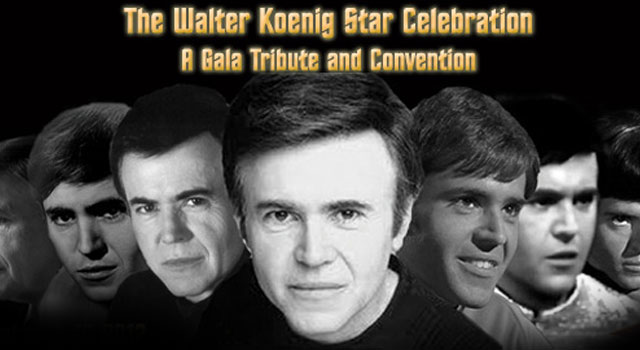 As we reported back in June, Star Trek‘s original Pavel Chekov, Walter Koenig, will finally receive his star on the Hollywood Walk of Fame on Monday, September 10th.

Koenig is the final main cast member from Star Trek: The Original Series to receive one of the entertainment industries highest recognitions — a five point terrazzo and brass star embedded into the sidewalk of Hollywood Boulevard.

The stars, administered by the Hollywood Chamber of Commerce and maintained by the self-financing Hollywood Historic Trust, have been given to more than 2,400 actors, musicians, directors, producers and fictional characters.

As you’d imagine, when this news broke, several of Koenig’s friends and fans wanted to congratulate him on this award. A video has been compiled, featuring well wishes from Leonard Nimoy, William Shatner, Nichelle Nichols, George Takei, Michael and Denise Okuda, Larry Nemecek and several more.

In celebration of Koenig’s induction, a special gala celebration has been organized by the promoters of the Planet Expo events. Leonard Nimoy and Babylon 5 creator J. Michael Straczynski have already been announced to speak at the ceremony.

Information on the weekend-long celebration to honor Walter Koenig:

On Saturday September 8, join us for the day for movies, panels, autograph sessions and party at the Egyptian Theatre
as we celebrate Walter’s induction onto the Hollywood Walk of Fame and Star Trek’s 46th Anniversary!

Starting at (time TBD), Walter will be on stage discussing his career and introducing the screening of his personal favorit

Star Trek movie. After the screening, Walter will give his insights and personal anecdotes behind the movie and have a Q&A with the audience. Following his session, the Egyptian will screen Walter’s favorite original series Star Trek episode never before seen on the big screen! Following the screenings, a Star Trek panel will be held on stage featuring some of your favorite actors from all 4 series!

Then join us that evening for fun and entertainment in the Egyptian Theatre courtyard and mingle with your favorite stars!

Music will be provided by the Star Trek All-Star Celebrity Band.

Join us for this once-in-a-lifetime opportunity at the Egyptian Theatre in Hollywood! 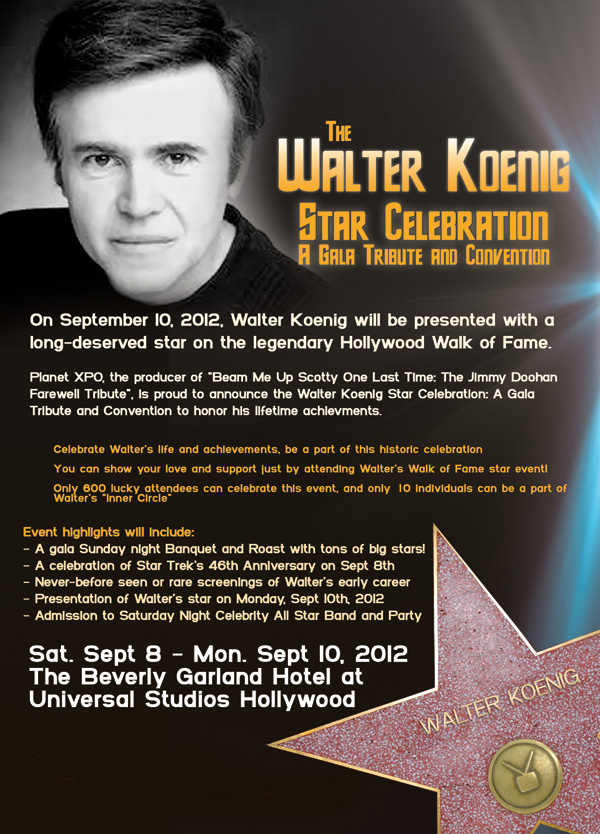 For more information and to purchase tickets, visit Planet Expo.