Dare we drift back to the 1960’s and remember when Mr. Spock actually displayed annoyance at his captain during a game of 3D chess. OK, they were wearing velour back then – even a Vulcan is allowed to be annoyed at that.

The game of logic, subterfuge and trickery, (only one out of three for a young Vulcan,) seemed to have been pretty much forgotten in Star Trek canon – until now.

According to ChessBase, It seems director J.J. Abrams is no slouch himself when it comes to moving around pieces, which is what directors do when you think about it, and wanted Carlsen to play a chess champion in next summer’s Star Trek sequel. 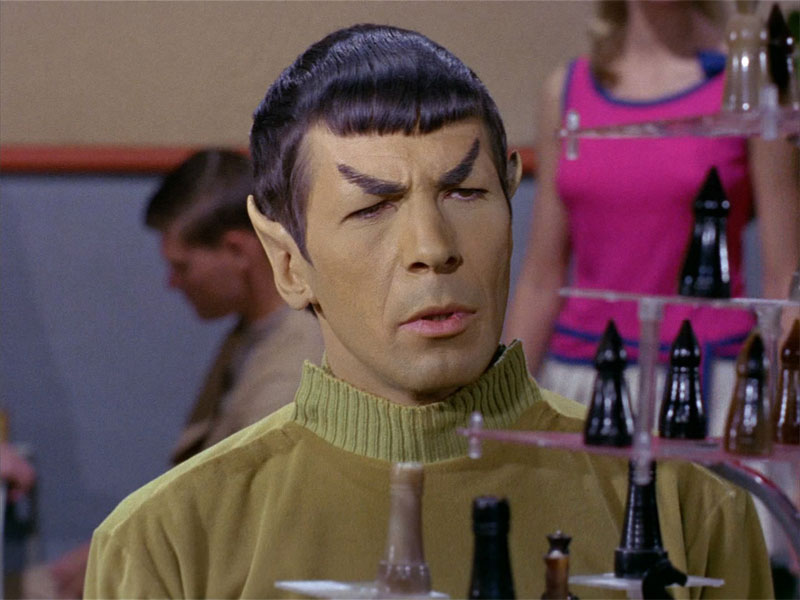 What would that look like? Traditional? Holographic? Old school tri-level? Whatever incarnation the games of Kings and Queens may become, if at all, will have to be done without the Norwegian. Abrams may have wanted him but there’s that pesky thing called “the law” which wouldn’t allow Carlsen to get his work visa in time. Of all things. And a slap in the face reminder that imagined wondrous futures can be thwarted by a bureaucrat.

Kind of makes you wonder what other sort of whims J.J. may want to sprinkle into the film.

Watch Spock play three-dimensional chess in the video embedded below.