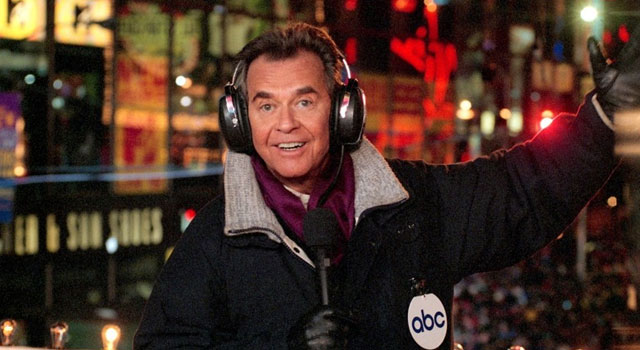 Today, entertainment and television legend Dick Clark died at the age of 82 of a heart attack.

A wide spectrum of friend, fans and the entertainers, whose careers he had had a hand in, rushed to pay tribute to the fallen legend.

My condolences go out to the family of Dick Clark.My best, Bill

Dick Clark was a class act, and a pro’s pro both in front of and behind the camera. There’ll never be another like him! #nationaltreasure

Dick Clark was a great boss. #beyond belief: fact or fiction. RIP

As a professional, Dick Clark was all about excellence. I learned so much from him. He was authentic, talented and generous! #inmourning

…and Star Trek: the Next Generation‘s LeVar Burton on the Pyramid from October 1985.