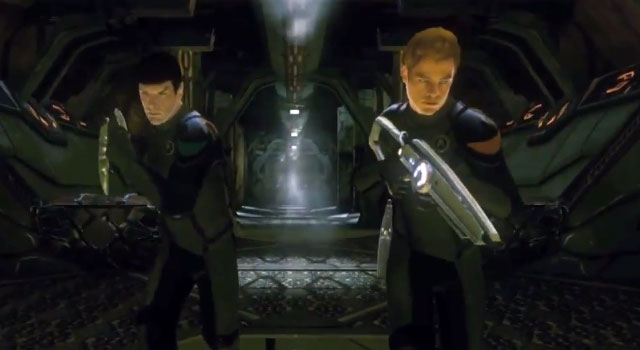 As we reported last June, a new Star Trek video game is on it’s way to the PC, X-Box 360 and Playstation 3.

Featuring an original story by BAFTA award winner and God of War writer, Marianne Krawczyk, in collaboration with the writer/producers of the 2009 Star Trek films, Roberto Orci and Alex Kurtzman, Star Trek is is scheduled to be released in the first quarter of 2013.

This week, the game’s developer, Digital Extremes released a new teaser trailer, which you can watch below.