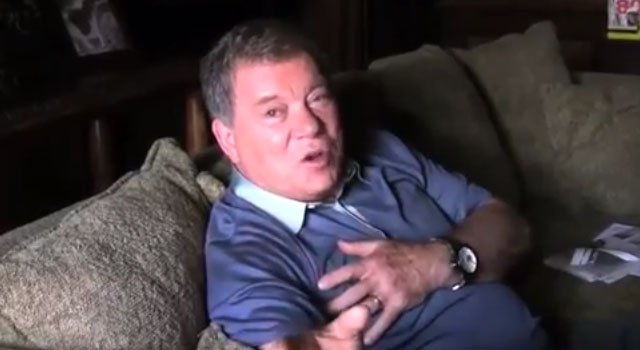 On Sunday, Shatner sent a special video message to the crew of the International Space Station, inviting them to help pass the time by listening to his latest musical release.

Hey guys, six months in space is a long time and if you listen to my record, the time will pass by quickly. Not quickly enough, but you’ve got so much to do up there. I wish you really good luck, good health, get some good work done. We look forward to you coming back. I hope you enjoy “Seeking Major Tom.”

William Shatner, known to millions around the world as Capt. James T. Kirk from the original Star Trek series, sent this message to ESA’s André Kuipers and the members of the Expedition 30 crew. In October 2011, shortly before the launch of André, Oleg Kononenko and Don Pettit on Soyuz TMA-03M, Mr Shatner recorded an album of space-related songs called ‘Seeking Major Tom’.

By pure coincidence, this album features covers of many of the crew’s favourites. When Mr Shatner found out that his songs were being played on the International Space Station, he recorded this greeting and sent his best wishes.

In this article:Music, Video, William Shatner