Playing off the popular “Walking Dead” comics and television show, as well as Star Trek‘s favorite expendable crewmen, this limited-edition shirt is currently on sale at TeeFury.

Move fast, though: the shirt disappears at midnight on Sunday (or whenever it sells out), and then it’s gone forever.

TeeFury specializes in “one new super limited-edition tee every 24 hours for $10,” featuring artwork by a variety of artists in a number of styles and genres. A quick look through their gallery shows work drawn from science fiction, video games, comics, geek culture, and more.

Looks like the Red Shirts get the last laugh this weekend! 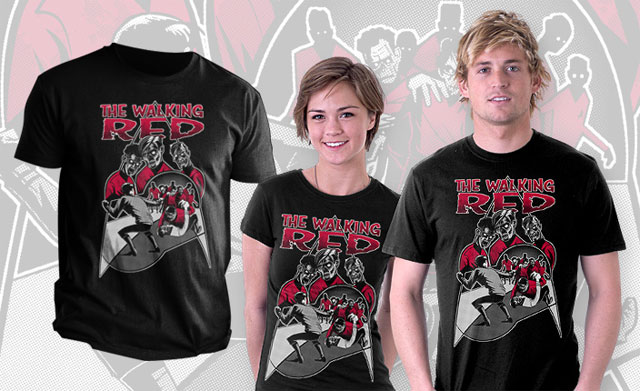