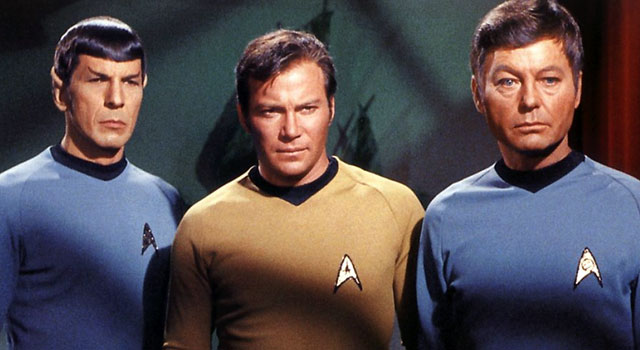 Writer Bryan Fuller (Pushing Daises, Heroes) keeps Trekkies hopeful at the exciting prospect of bringing Star Trek back to the TV screen. Fuller recently told Entertainment Weekly that he has spoken with X-Men director Bryan Singer about pitching a new Star Trek TV show, but the project may have to wait, “I don’t think anything is going to happen in any official capacity until after the next movie comes out. And I’m sure it would be wisely under J.J. Abrams’ purview of what happens. He’s the guardian of Trek right now.”

In the meantime, Fuller stays busy working on other TV shows based on all-time favorites. For his latest project, the writer takes the story of the notorious cannibal psychiatrist, Hannibal Lecter, from Thomas Harris’ book Red Dragon, to create a new 13-episode-per season show. The TV series allows the audience to meet Hannibal before he is incarcerated and also portrays a brilliant FBI profiler who is working on catching the serial killer. Fuller is also working on Munsters reboot pilot Mockingbird Lane.

Fuller and Singer may soon team up to work on Star Trek as well, though perhaps not until 2014. “Bryan and I are big fans of Trek and have discussed a take on what we would do, and we would love to do it, “ Fuller said. Let’s hope the two Bryans will soon become guardians of Star Trek, much like J.J. Abrams, or even better.

In this article:Bryan Fuller, TV