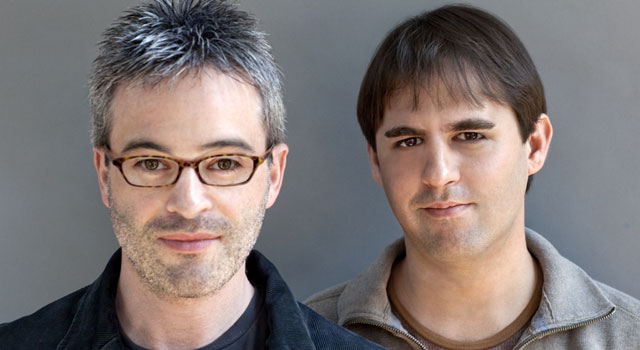 Two of Star Trek‘s celebrated writers, Alex Kurtzman and Roberto Orci, who have also collaborated on The Legend of Zorro, Cowboys and Aliens, Mission Impossible III, as well as two Transformers films, are now working on rewriting the script for the sequel to The Amazing Spider-Man, the 3D film starring Andrew Garfield and Emma Stone.

Sony Pictures has tentatively scheduled production for the first quarter of 2013. The two Star Trek scribes will receive executive producer credits on the sequel, which is directed by Marc Webb, and produced by Avi Arad, Matt Tolmach and the late Laura Ziskin.

Alex and Bob have a unique ability to write great character and spectacular action that makes them pitch perfect for Spider-Man. They’ve been friends of ours for a long time and they have an exciting take on the franchise — we’re thrilled to have them join the Spider-Man family,

We grew up as huge Spider-Man fans so, to us, the opportunity to work on this film is akin to being handed the Holy Grail. We love the direction Sony and the filmmakers are taking the Peter Parker/Spider-Man mythology and we couldn’t be more excited to be a part of this legendary franchise.

The New York Times has reported that. Kurtzman, a native of Santa Monica, Calif., and Mr. Orci, who was born in Mexico City, met while still teenagers studying avant-garde cinema at the nonconformist Crossroads School in Santa Monica. The two bonded over their shared love of blockbuster movies like Back to the Future and Close Encounters of the Third Kind. Currently, in addition to writing, they are also serving as consulting producers to the science-fiction TV show Fringe.

In this article:Alex Kurtzman, Roberto Orci