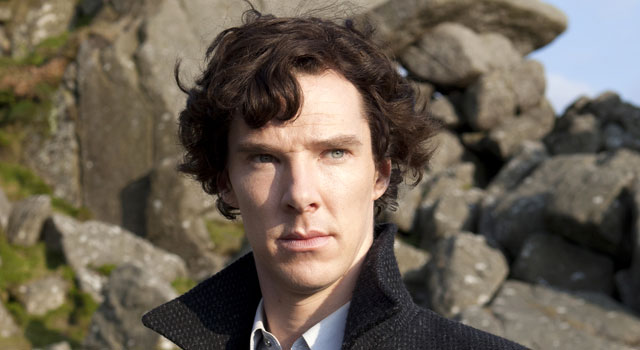 Benedict Cumberbatch, star of BBC’s Sherlock and the villain of the upcoming Star Trek sequel has been busy alongside co-stars Chris Pine and Zachary Quinto since filming of the summer 2013 film began shooting back in January.

Cumberbatch recently told LondonNet that he’s has gone up “two suit sizes” as a result of working out two hours per day and a change in his diet.

It’s great. I’ve gone up two suit sizes. The character I’m playing, he’s strong, I can say that much.

I’ve changed my physique a bit, so that requires eating like a foie gras goose, well beyond your appetite, and, providing I don’t feel too ill, I then work out two hours a day with a phenomenal trainer. It’s the LA way.

Cumberbatch says he’s taken a dislike to the noise levels inside the San Fernando Valley Budweiser brewery, which being used as a filming location.

The brewery is being used as the set of the engine room inside the Enterprise.

It’s noisy. It’s very, very, very mind-numbingly noisy. It’s slightly like what you’d imagine they’d be playing in your earphones if you were being tortured by some foreign operative. It’s not particularly pleasant.

And yet, it’s stunning, and it films beautifully. It’s incredible. It’s a working, functioning factory, and production doesn’t shut down for us being there. It’s fantastic, really beautiful.

He went on to discuss the filming process thus far.

It’s very, very long hours, but it’s an incredible job. It’s phenomenal. J.J. brings it. It’s a very exciting set to be on. He’s very imaginative. He’s involved in the details, the acting and all the wonderful ideas he has for capturing stories in a fresh and imaginative way.