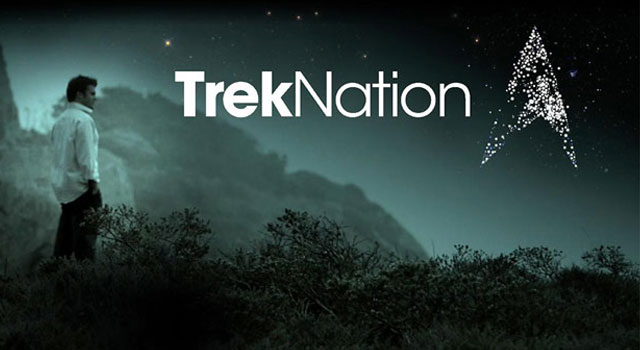 Though the Star Trek franchise owes its fame and success to a number of people, it is commonly seen as the brainchild of television writer and futurist Gene Roddenberry.

Trek Nation acts not only a tribute to Star Trek through interviews of such notable fans and alumni as, J.J. Abrams, Seth MacFarlane, and George Lucas, but also follows Rod Roddenberry as he takes a step back and sees what his father’s creation means to magnitudes of Star Trek fans and the people who worked directly with the man himself. Rod Roddenberry called the film an “Opportunity to introduce the world to a Gene Roddenberry it’s never met before.” 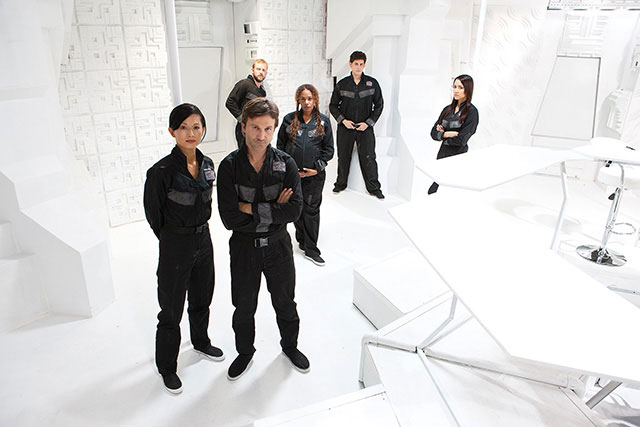 In preparation for the international debut of Trek Nation, the London Sci-Fi movie festival Director Louis Savy has said that anyone wearing a Star Trek uniform at the convention on April 29th will be given a pass to the festival’s after party.

LONDON; April 24, 2012 — Roddenberry Entertainment, the successor of the science fiction pioneer that brought television and film audiences Star Trek, announced today that its Saturn Award-nominated film Trek Nation will make it’s much anticipated international debut on May 7 at the 11th Annual Festival of Science Fiction and Fantastic Film in London’s Apollo Piccadilly Circus at 4:55 p.m. local time. The film will appear as part of a Roddenberry Entertainment double feature along with the company’s groundbreaking 360-degree film White Room: 02B3.

Trek Nation made its US debut in November 2011 on SCIENCE Channel to acclaimed reviews of Rod Roddenberry’s tribute to his father, Gene Roddenberry, including a nomination from the Academy of Science Fiction, Fantasy & Horror Films for a 2012 Saturn Award in the “Best Television Presentation (10 Episodes or Less)” category. Through exclusive footage and interviews with devoted fans, including George Lucas, J.J. Abrams, Seth MacFarlane and many notable Star Trek alumni, Trek Nation chronicled a son’s journey to discover his father and the creation that helped define modern-day science fiction.

“By exploring my father through a variety of untapped touchstones, we were able to introduce the world to a Gene Roddenberry it’s never met before. Through this process of humanization, Trek Nation reminds us that none of us are perfect but that within our imperfections lays the potential for greatness,” said Executive Producer Rod Roddenberry.

While it will be the first time a European audience is given the opportunity to view the documentary in its entirety, Sci-Fi-London will also play host to the world premier of Roddenberry Entertainment’s new film White Room: 02B3. Shot with the world’s most advanced high-definition 360-degree camera, White Room:02B3 stars Breckin Meyer, Tamlyn Tomita, David Blue and Rachel True, as well as Internet icons Tony Janning and Milynn Sarley. The film will debut during the Blink of an Eye program on Saturday, May 5 at 4:55 p.m. local time before it’s screened with Trek Nation on May 7.

Boldly going where no camera has gone before, Roddenberry Entertainment used cutting edge 360-degree SA9 camera technology to create an engaging, interactive audience experience. Sitting in the middle of the room, the camera captures 360-degrees outward in high-definition panoramic video with no gaps or distortion during filming.

While White Room: 02B3 is premiering at film festivals, Roddenberry will also launch it as an immersive cinematic trailblazer in 360-degree dome theaters around the country and as an interactive experience online. A click-and-drag function will simulate the dome experience.

“In addition to quality science fiction, Roddenberry is known for taking strides into new technologies and pushing entertainment boundaries. With White Room: 02B3 we are certainly at the birth of a new kind of filmmaking,” said Trevor Roth, chief operating officer and head of development at Roddenberry Entertainment.

For ticket and event information, visit the Sci-Fi-London.