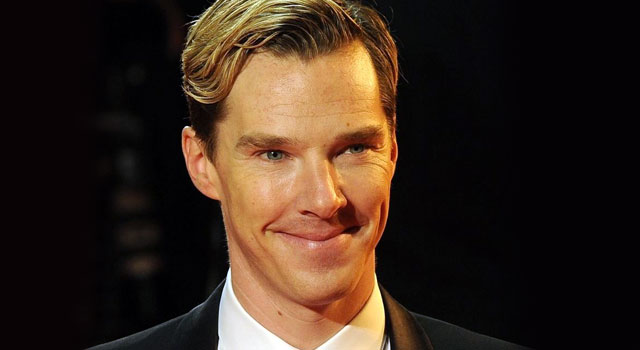 Benedict Cumberbatch won the role of the villain in J.J. Abrams’ Star Trek sequel by submitting his audition on an iPhone, reported The New York Times. It all started when Cumberbatch received a call last Christmas that the director was “very interested” in having him play a “not-so-good guy,” in the new film.

At the time, the Sherlock star could not get his hands on any recording device. He ended up begging some of his friends to help him.

I was down in Gloucestershire with some friends, who turned out to be useless. I won’t mention their names, they’re quite well known friends, a director and a very brilliant actress. Bless them, they were busy with his kid. I then went down to London and begged my best friend there, Adam Ackland. He’s always been there to put out the fire. And he said, “Let’s do it,

This is how the actor, who also appeared in Steven Spielberg’s War Horse and will star in Peter Jackson’s upcoming The Hobbit, ended up shooting the video at his friend’s kitchen late at night looking “agitated and weary.” Submitting the clip did not make him any less agitated, as he was only told by an assistant that the filmmaker was on vacation. A week later, Cumberbatch received a cryptic email saying, “You want to come and play?” to which he replied as follows, “What does this mean? Are you in town, you want to go for a drink? I’m English, you’ve got to be really straight with me on this. Have I got the part?”

Abrams, on the other hand, described the audition video as “one of the most compelling audition readings” he had ever seen. In the new film, which is expected next summer, Cumberbatch will star alongside 2009 stars Chris Pine (Kirk), Zoe Saldana (Uhura), Simon Pegg (Scotty) and Zachary Quinto (Spock).

Though talkative about the audition, Cumberbatch has refrained from revealing details about the movie itself. “You could stick a knife in my thigh, and I wouldn’t tell you,” he said. But he did admit to having a weak spot: “Pull the hair on my head the wrong way, and I would be on my knees begging for mercy,” he said. “I have very sensitive follicles.” So, curious Trekkies now know where to reach. If that doesn’t work, we can always turn to some mind-penetrating Vulcan techniques.