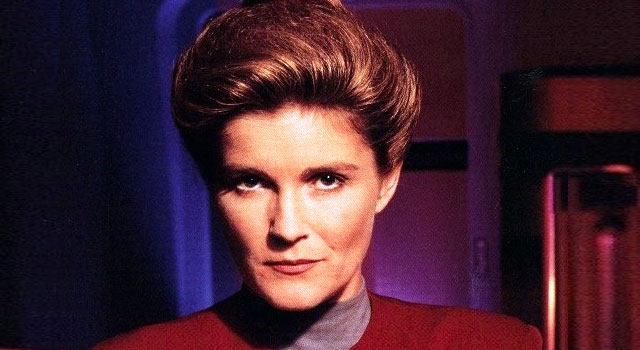 While Mulgrew may be best known for her role as Star Trek‘s first female captain, her career spans outside of just the science-fiction genre. She is also known for playing Mary Ryan in Ryan’s Hope and has appeared in a number of popular TV shows such as Cheers, Dallas, Murphy Brown and Law & Order. In 1998, she won a Saturn award for Best Genre TV Actress in Star Trek: Voyager.

As Captain Janeway, she has been nominated for the Saturn Award 3 more times in 1999-2001 and won the Golden Satellite Award for the best actress in a TV series drama. Prior to her memorable Star Trek engagement, Kate was also nominated for a Golden Globe in 1980 for her leading role in Mrs. Columbo, a detective mystery. She is also the recipient of several theater awards: a Carbonell Award for Best Actress in Tea at Five, a monologue theater show based on Katharine Hepburn’s memoir Me: Stories of My Life, an Audience Award for Favorite Solo Performance for Tea at Five from Broadway.com as well as an Obie Award for her performance as Clytemnestra in Iphigenia 2.0 at Signature Theatre Co.

Kate has remained active with theater and TV as well as convention appearances. Just last week she attended the Julien International Film Festival in her hometown of Dubuque, IA, where she received the 2012 Pioneer Award. She also presented the television veteran Claire Labine, creator and writer of Ryan’s Hope from 1975 to 1989, with the Ian McLellan Hunter Award at 2012 at the Writers Guild Awards East Coast Ceremony in NYC. 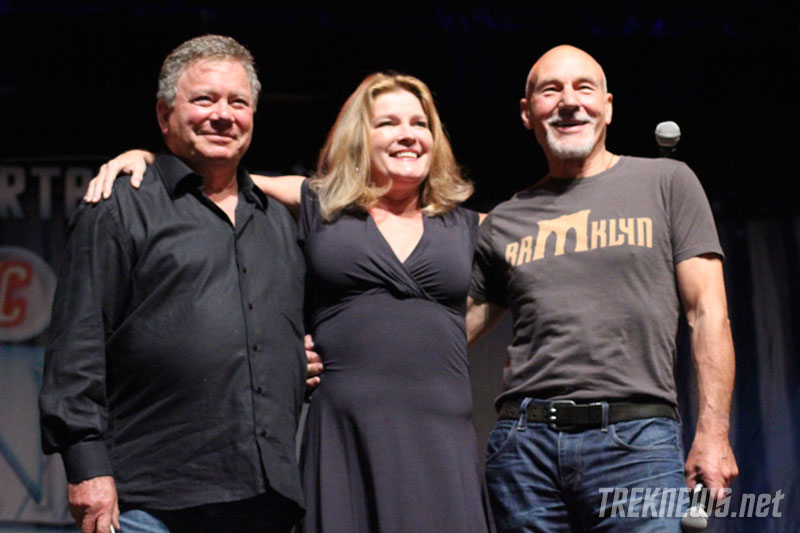 This summer, she is scheduled to appear at this year’s Las Vegas Star Trek Convention and Shore Leave 34 convention in Baltimore in August, the Wizard World Comic Con in Philadelphia and Chicago and Destination Star Trek London in October.

Kate’s latest project involves the voice the role of Over-Sphere in Flatland2: Sphereland, which is coming to DVD later this year. She will also be working on the second season of NTSF: SD: SUV (National Terrorism Strike Force: San Diego: Sport Utility Vehicle), a comedy that parodies the police procedural and action film genres.

Janeway Lashes Out at The Vidiians:

Mulgrew reflects on her time as Janeway: