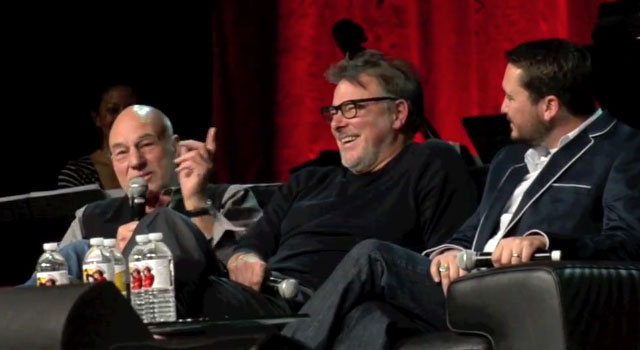 That’s right. The entire TNG EXPOsed panel from last weekend’s Calagary Comic and Entertainment Expo, featuring the reunited cast of Star Trek: The Next Generation, is now available to watch for free online.

TNG EXPOsed celebrated the 25th anniversary of the show, which debuted back in September of 1987. The panel brought together all of the primary cast members, including Patrick Stewart, Jonathan Frakes, Michael Dorn, Marina Sirtis, Brent Spiner, LeVar Burton, Wil Wheaton, Gates McFadden and Denise Crosby. Plus, a surprise appearance from “Q” himself, John de Lancie.

The video comes to us courtesy of Youtube user cid388.

Watch the five-part video below.