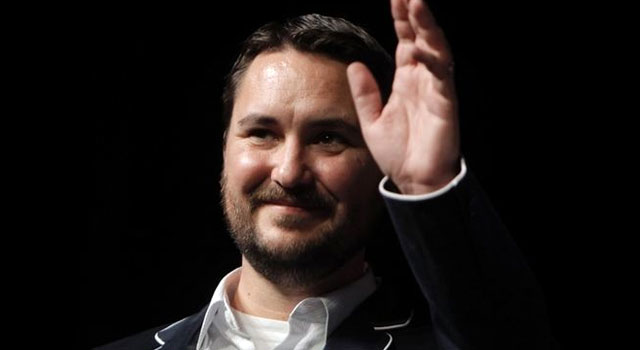 Last weekend, during the Star Trek: The Next Generation reunion panel at the Calgary Comic & Entertainment Expo, Battlestar Galactica‘s Aaron Douglas made a surprise appearance. Douglas, took the Q&A mic to ask Wil Wheaton to reflect on his choice to leave TNG. This led to a very heartfelt and emotional moment.

Read the transcript below or scroll down to watch the video.

“It’s been a long time since you’ve sat up there with these people that you called friends so many years ago” Douglas said. “I know you have a genuine affection for. What does it mean to you to you know to be sitting up there with these wonderful people?” he asked.

After a bit of a pause and some comedy relief from a fan who yelled “No pressure,” Wil said:

After I left the show, being 18-years old, I was just sort of “I’m going to go out into the world and do my own thing,” and I didn’t see anybody. That went on for awhile.

I told these guys this when we were out for dinner tonight.

Years after that, I sort of saw them at a few conventions and I just, you know, I just sort of like say like ” I apologize for being a kid.”

To a person on this stage, everyone said “Yeah, you were just a kid, you were always welcome, you’re always part of us.”

To be here tonight, for me, it’s very very much like coming home.

LeVar Burton, who was sitting across from Wheaton, took the mic and said:

On Tuesday, Wheaton wrote on his blog, “After twenty years, I finally got to say this.”

Check out more video clips from the TNG EXPOsed panel.

In this article:Calgary Expo, Star Trek: The Next Generation, Video, Wil Wheaton