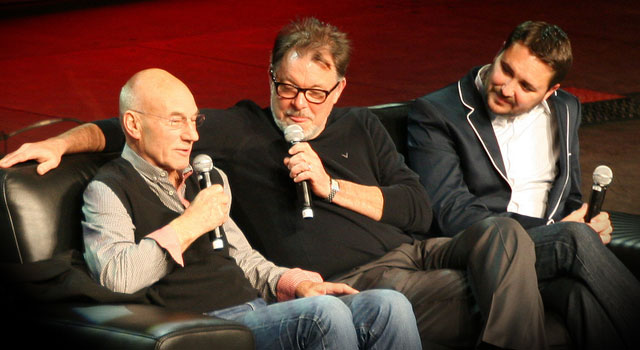 The Calgary Comic and Entertainment Expo that occurred this past weekend had its fair share of exciting guests and panels spanning the subjects of television, comics, and movies. However, inarguably the biggest event of the weekend came with the reunion of the cast of Star Trek: The Next Generation in celebration of the show’s 25th anniversary. The cast took questions from the audience, shared memories of the show, and were treated to a few surprises along the way.

The panel began with a swing style big band playing the cast in with specialized introductions. Sir Patrick Stewart, who played the fan favorite Captain Pickard, received an elongated intro with the Calgary native host introducing him as “One of the greatest actors of stage and screen and certainly one of the sexiest bald men alive.”  Once the crowd was calmed, Stewart recalled that the last time he and the cast had gathered all together was a party to celebrate his knighthood. 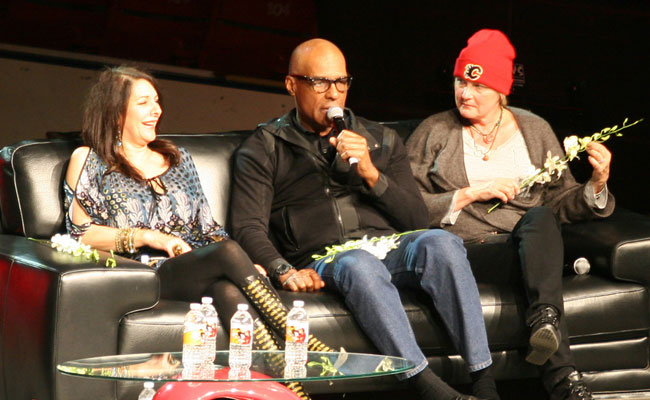 The cast began the panel by recalling the early days in the show. Marina Sirtis, who played Deanna Troi, recalled that the show had not always been as big a hit with Trekkies. “You’re all cheering now,” said Siritis “But when we started you weren’t happy.” The cast then took turns telling stories about some of the humorous beginnings in the shows rise into popularity, including Jonathan Frakes, who played William Riker, recalling a convention when every action figure of the cast came with “a free Riker action figure.” The cast went on to remember some of the more disgusting and uncomfortable props and sets that they had to deal with during the show’s lifespan, including a constantly used low cave landscape in which stray cats constantly defecated.

Once the cast was done talking about the hardships and learning experiences of the early days, they went on to describe the more successful time period of the show. Will Wheaton, who played the young Wesley Crusher, talked about how excited he was when they began shoot two part episodes and Gates McFadden, the Enterprises’ Doctor Beverly Crusher, thanked the fans personally for “Keeping me on the show.” 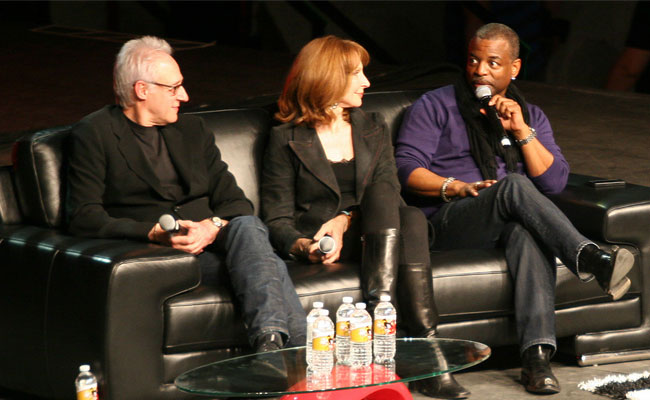 The cast also answered questions given to them by five contest winners within the crowd of fans. During this session, surprise guest Aaron Douglas (Glen Tyrol on Battlestar Galactica) was able to give his thanks to the cast for the inspiration he had taken from all of them and also to have a fan service argument with Wil Wheaton over the different theories of how the Warp Drive functioned. John De Lancie, who played the antagonist Q, also made a surprise guest appearance during a section where the cast was asked about their favorite villains from the show.

The panel was not without its emotional moments. Wil Wheaton reminisced what it was like to leave the show and the feelings of shame he had to deal with after the fact. Michael Dorn, who played the emotionless and hard boiled Worf, remembered his emotional breakdown during the final episode’s filming stating “I had never cried so much in my life.” 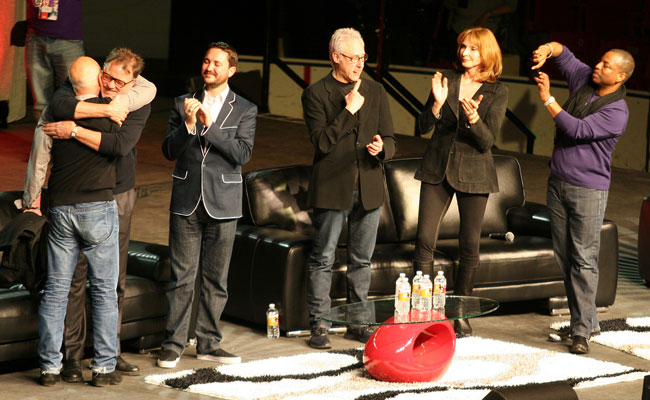 The entire cast ended the panel by saying how lucky they were to have the time they had had together and thanked all the fans that were present for supporting them as much as they did.

Watch a clip of the reunion below.

In this article:Calgary Expo, Star Trek: The Next Generation