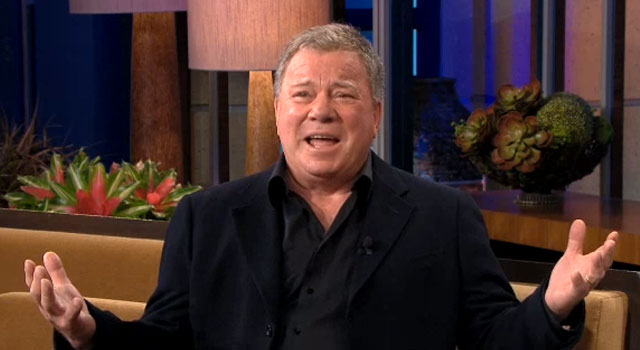 On Tuesday, Star Trek‘s William Shatner appeared on The Tonight Show with Jay Leno. He discussed several topics, including his recent horse riding award, Shatner’s World, his one-man Broadway show, and his often imitated speaking and singing style. He also dispelled rumors regarding his Priceline.com stock, and more.

Watch the video clips below.

The Shat also appeared in a backstage segments.

Of course, Shatner is no stranger to Jay Leno’s Tonight Show. Watch a clip from his 1991 appearance, just prior to the opening of Star Trek VI: The Undiscovered Country, below.

In this article:Star Trek: The Original Series, Video, William Shatner