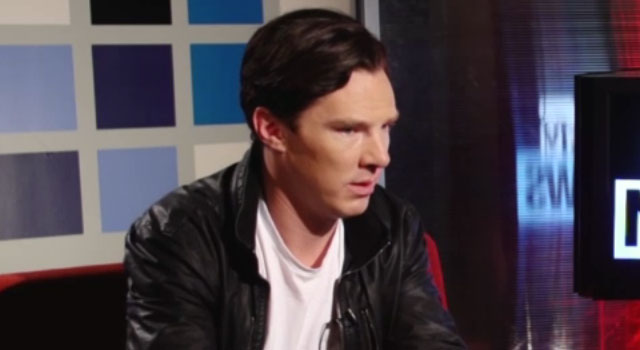 Benedict Cumberbatch, who will play the villain of the Star Trek sequel (and possibly a well-known adversary, at that), recently had his knowledge of Star Trek tested during an interview with MTV.

“I think it’s best to, like a lot of acting you do, you have to start from a knowledge base of zero in order to have every experience that you’re portraying again and again and again feel like fresh,” Cumberbatch said. “So I purposefully made no attempt to learn anything about anything.”

When asked if he knew what the Botany Bay was, he said he had no idea.

Tell us what you think of Cumberbatch’s responses in the comments.