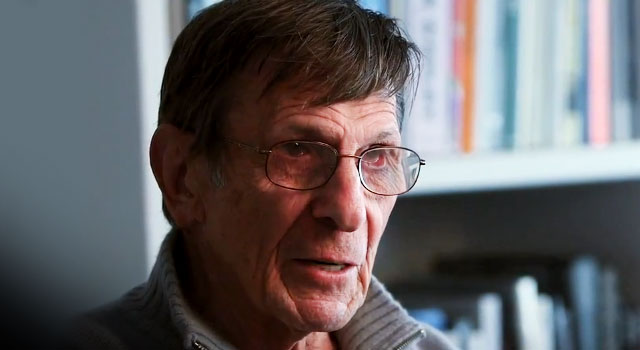 Leonard Nimoy, Star Trek‘s original Spock recently sat down with the LA Times Hero Complex and the Nerdist Channel’s Geoff Boucher to discuss his work as an actor, director and photographer.

In part one of the two-part interview, Nimoy shares insight on his approach to acting and directing, his thoughts on family and Star Trek‘s lasting cultural impact.

While Nimoy may best be known for his portrayal of Spock, the now 81 year-old actor also directed Star Trek III and IV along with several other projects.

During the interview, he was asked which was best. 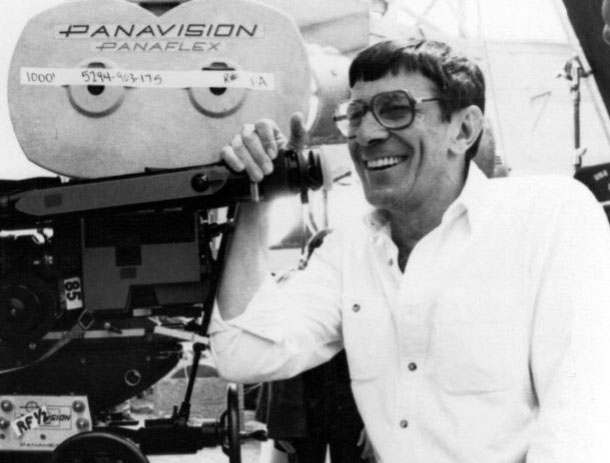 Until the 2009 release of J.J. Abrams’ Star Trek, Nimoy’s Star Trek IV: The Voyage Home was the highest grossing film and a favorite among fans.

“When I finished making Star Trek III, I got a call from Jeff Katzenberg, who was head of production at Paramount at the time — He said ‘We want you to make another one,’ I said ‘You know ‘the one I just finished, Star Trek III, they had a pretty tight choke chain on me. Controlling what I was doing and making me answer for everything and explain everything I was doing and justify everything”

“He said ‘The training wheels are off,’ we want you to make your Star Trek movie,” Nimoy recalled.

“It was light in tone. It was a fun movie and I enjoyed making it very very much.” he added.

He went on to discuss Star Trek‘s lasting effect and impact on culture and society.

“There were very good stories that were told about circumstances outside, sociological problems, about scientific problems, about racial problems — We dealt with some interesting stuff. I think that’s why the show holds up.” he said. 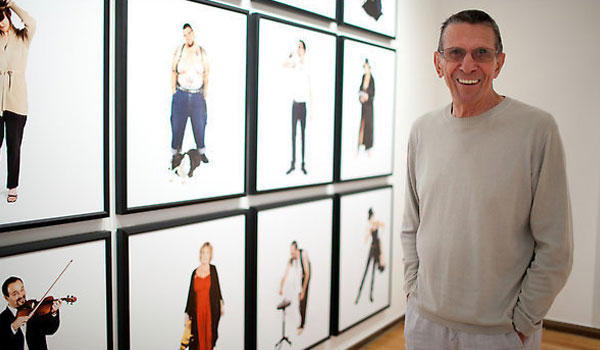 Nimoy with his "Secret Selves" exhibit in 2010

For the past decade, Nimoy has been focussed on his artistic passions and photography. His “Secret Selves” series debuted in July 2010 at Boston’s Museum of Contemporary Art. He was asked to discuss his photography process and how it compares to acting and directing.

“I think the photography work was influenced by my acting and directing — Particularly the last project that I did, which was called ‘Secret Selves.’ I really approached it from the point of view of a director dealing with the human psychology and the human mind.”

The second part of the interview will be available next week.

In this article:Interview, Leonard Nimoy, Video