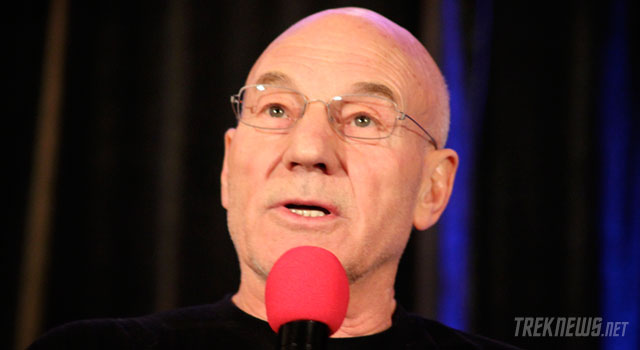 Last weekend, Patrick Stewart, along with Jonatahn Frakes, Brent Spiner and LeVar Burton, appeared at Creation Entertainment’s tribute to the 25th anniversary of Star Trek: The Next Generation, as part of the Official Star Trek Convention in Cherry Hill, New Jersey.

Stewart appeared in front of the New Jersey audience on Saturday as he discussed both his career and his personal experiences playing Captain Jean-Luc Picard, both in TNG and in the TNG-era Star Trek films. Stewart was very forthcoming regarding some regrets he has from the way he balanced his personal and professional life.

I worked very hard. I was actually too dedicated to my work. I overlooked family — often, and I regret that. I now try to make that up with my grandchildren.

People said ‘You were driven, Patrick,’ I don’t recognize who they were talking about. I just wanted to go on working. I didn’t feel driven.

I love my job. I love it! I love it as much — even more today as I ever did. I enjoy my life too. I feel infinitely blessed for the multitude of things I have been given, that I didn’t look for. 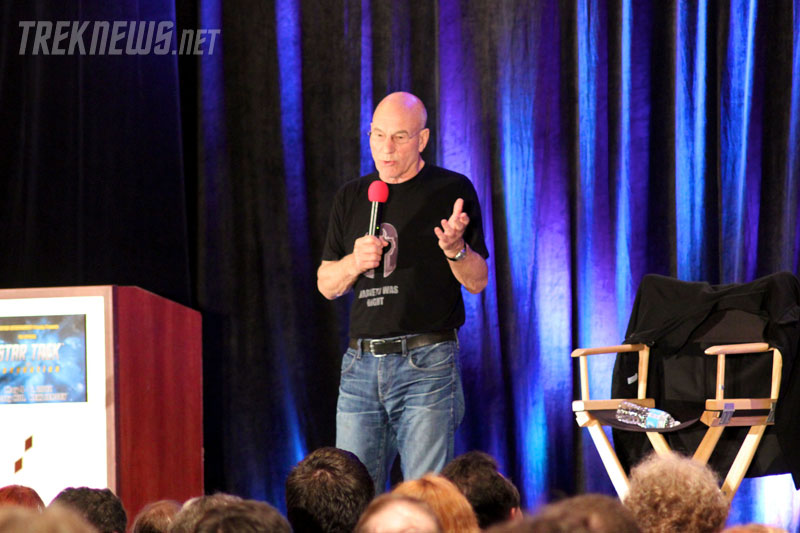 Stewart appeared in four Star Trek feature films, Generations in 1994, First Contact in 1996, Insurrection in 1998, and Nemesis in 2002. While a large group of fans would love to see him appear in a J.J. Abrams-era Star Trek film, he feels the chances of that are slim.

What would I do if I was asked to be in another Star Trek movie?

I hope I’d say yes. I don’t expect that to happen, however.

The other guys are doing such a great job with their movie — and they’ve got another one in the works — and that’s fantastic. Star Trek is simply a phenomenon.

The weekend prior, Stewart along with the cast of The Next Generation, Jonathan Frakes, Marina Sirtis, Michael Dorn, LeVar Burton, Brent Spiner, Gates McFadden, Denise Crosby, and Wil Wheaton, appeared on stage together for the first official time at the Calgary Comic and Entertainment Expo.

We were talking about it last weekend when we were all together. There really isn’t anything in the history of show business like it. It’s going on 60 years now. This franchise — Star Trek — and look at where it’s going. 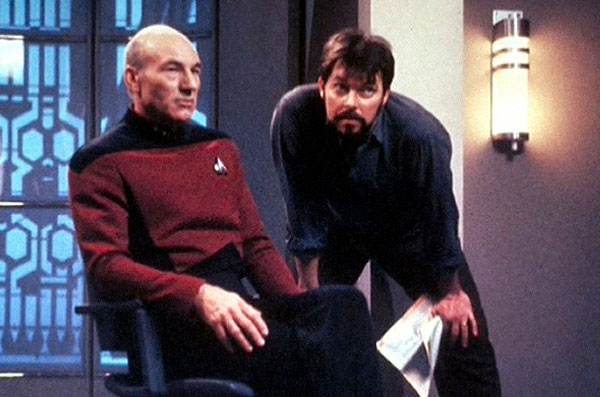 Patrick Stewart and Jonathan Frakes on the set of Star Trek: First Contact

I am thrilled to see the torch being passed, because fundamentally the ethos of Star Trek, the philosophy of Star Trek is admirable — and let’s face it; there is a lot of stuff around in the show business world that is not admirable. Star Trek is.

While on stage, a fan asked Stewart if he would like to appear in an animated version of TNG.

Only if Set McFarlane would write it,

He went on to discuss how he was chosen for the role of Captain Jean-Luc Picard on TNG.

It was an accident that I got involved in The Next Generation — It was a fluke. I was helping out a dear friend of mine — a Shakespeare scholar, a teacher in the English department at UCLA, one night by illustrating his public lecture, by doing some readings. Signed up for that course of public lectures, was a man named Robert Justman — who was one of the Executive Producers of The Original Series — Star Trek — and The Next Generation.

Robert Justman apparently turned to his wife and said ‘We have found the Captain.’

For more, read our complete recap of the Official Star Trek Convention in New Jersey.