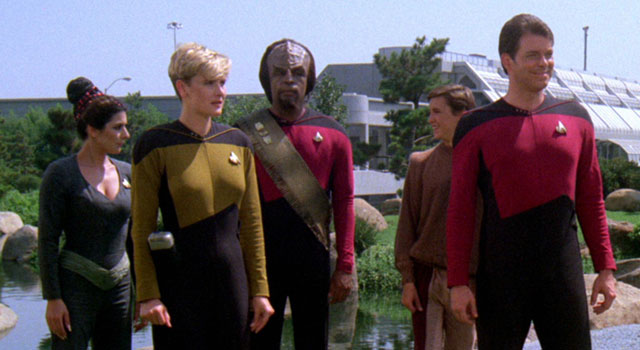 As we’ve previously reported, CBS Entertainment and Paramount Home Entertainment will release the first season of Star Trek: The Next Generation on Blu-ray high-definition on July 24th.

Today, we’ve received a rundown of the bonus features to be included with the set. TV Shows on DVD is reporting that the features will include over 95 minutes of new documentaries with new cast and crew interviews.

The six-disc set will also feature:

To promote the release of the set, on Monday July 23rd, theatrical screening events will be held at approximatly 600 theaters across the US. The screenings will include the episodes “Where No One Has Gone Before” and “Datalore.”

We’ll keep you updated on these events as theaters and details are announced.

Cover art for the release: 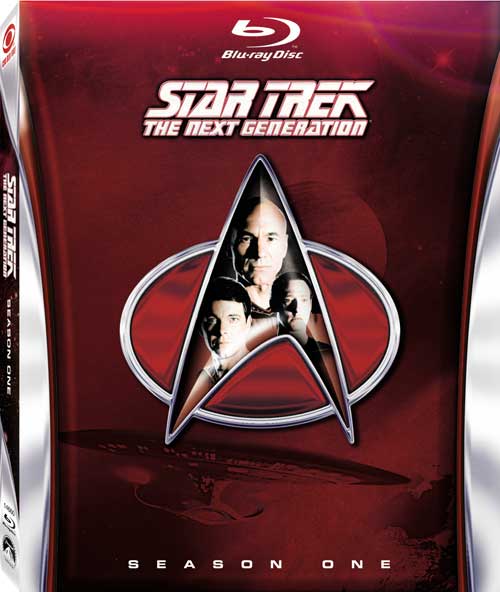 Watch the season one trailer below.