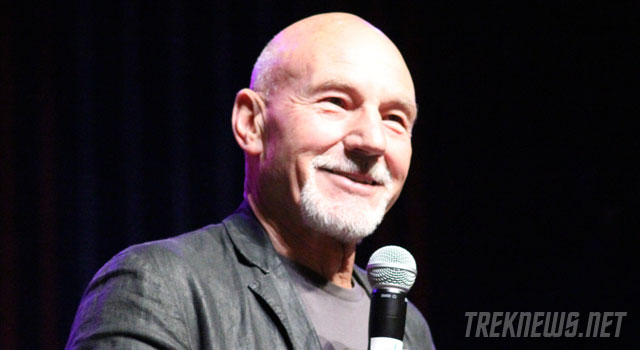 Star Trek: The Next Generation‘s Patrick Stewart has been added to Wizard World Philadelphia, which kicks off later this month at the Pennsylvania Convention Center. The addition of Stewart brings together all five Star Trek series captains as William Shatner, Avery Brooks, Kate Mulgrew and Scott Bakula were previously announced.

“Bringing together the five Captains from the iconic Star Trek series, capped with the addition of the legendary Sir Patrick Stewart, is a once-in-a-lifetime opportunity for our fans,” Wizard World CEO John Macaluso said. “They and other standout guests like Chris Hemsworth, William Shatner and Stan Lee make Wizard World Philadelphia Comic Con a can’t-miss event.”

The four-day convention takes place May 31st through June 3rd at the Pennsylvania Convention Center in Philadehpia with a loaded lineup of both the aforementioned Star Trek guests and celebrities from television and film. 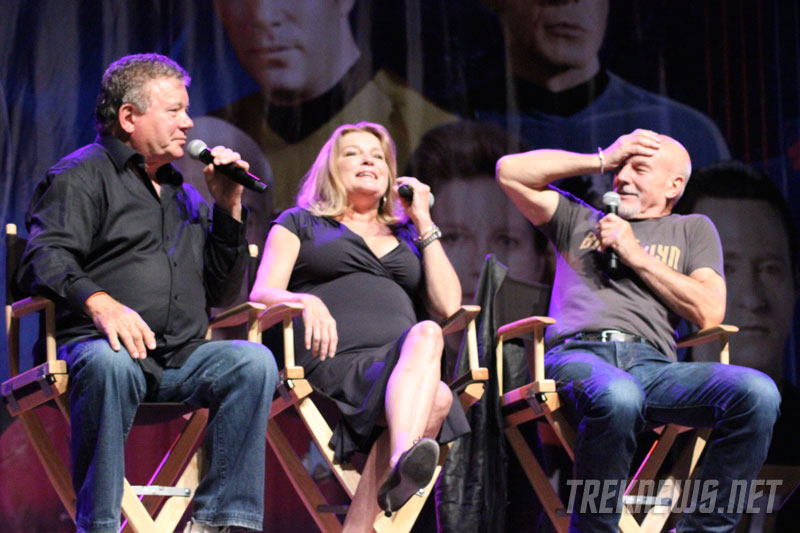 NEW YORK and PHILADELPHIA, May 19, 2012 – Patrick Stewart, known to millions of fans as “Captain Jean-Luc Picard” on the television series “Star Trek: The Next Generation,” and “Professor Charles Xavier” in the X-Men film series, will attend Wizard World Philadelphia Comic Con, Stewart and Wizard World, Inc. announced today. He joins William Shatner (“Captain Kirk”), Avery Brooks (“Captain Sisko”), Kate Mulgrew (“Captain Janeway”) and Scott Bakula (“Captain Archer”) as captains of their respective series in the iconic franchise who will be special guests at the event, set for Thursday, May 31, through Sunday, June 3 at the Pennsylvania Convention Center. Stewart will appear at the event on Saturday.

The Emmy-nominated actor, who has performed in more than 100 television and film roles, is one of several actors to appear in all three “X-Men” films: X-Men (2000), X2 (2003) and X-Men: The Last Stand (2006). His role as Picard, which started on “Next Generation,” placed him in four Star Trek films: Generations (1994), First Contact (1996), Insurrection (1998) and Nemesis (2002). He also served as the voice of numerous animated characters in movies like Chicken Little and Jimmy Neutron: Boy Genius, as well as popular TV shows such as “Family Guy” and “American Dad.”

“Bringing together the five Captains from the iconic ‘Star Trek’ series, capped with the addition of the legendary Sir Patrick Stewart, is a once-in-a-lifetime opportunity for our fans,” said John Macaluso, Wizard World CEO. “They and other standout guests like Chris Hemsworth, William Shatner and Stan Lee make Wizard World Philadelphia Comic Con a can’t-miss event.”

VIP tickets are available now for fans who want to secure their opportunity to meet many of the stars at the event, including the five captains as a group. Fans can also visit https://www.wizardworld.com/philadelphia.html for links to VIP packages for Hemsworth, Lee, Ryan, WWE® Superstar CM Punk™, Bruce Campbell, Hayden Panettiere, Paul Wesley, James Marsters and group experiences with Boondock Saints, “Buffy: The Vampire Slayer,” and “Spartacus/Legend of the Seeker” actors.

The full event schedule can be found at www.wizardworldcomiccon.com.

In this article:Patrick Stewart, Wizard World