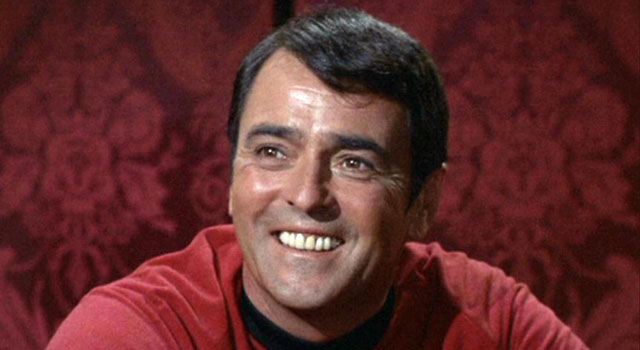 On Tuesday May 22nd, SpaceX launched the Falcon 9 from Cape Canaveral, Florida carrying James “Scotty” Doohan’s cremated remains into space along with those of of 307 other individuals (including Mercury astronaut Gordon Cooper).

The company previously attempted to send a portion of Doohan’s ashes into orbit back in 2008 aboard the Falcon 1, but the rocket failed to achieve orbit and was destroyed in atmospheric reentry. However, the Falcon 9 launch is not expected to incur any failures and should successfully and finally bring Scotty to the stars.

“He’ll be there with his buddy, which is wonderful,” said Doohan’s agent and longtime friend, Steve Stevens, speaking of Star Trek creator, Gene Roddenberry.

SpaceX is an aerospace company that carries out contracts with NASA and other government and private agencies to help launch satellites into space; sending the remains of famous celebrities into space isn’t their only role. They are currently under a 300 million-dollar contract to deliver supplies to the space station for NASA and are hoping to sign a 1.6 billion-dollar contract to make those deliveries regular. 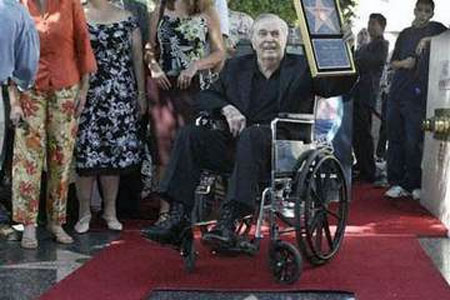 Everyone, both Star Trek fans and non-fans alike, knows James Doohan. He was famed for playing the role of Chief Engineer Montgomery Scott aboard the starship Enterprise on Star Trek: The Original Series. Occasionally referred to as “Scotty” by Captain Kirk, he was ultimately responsible for starship maintenance, balancing the antimatter intake into the warp core, and purposefully overestimating his repair times for his assigned duties in order to impress Jim Kirk (it is also the reason why Kirk called Scotty a “miracle worker” during times of duress).

James Doohan was much loved and admired by Star Trek fans. He passed away in 2005 due to pneumonia at the age of 85; the news of his death was heart breaking, especially for people like me that looked up to him and other Star Trek figures as a child, wanting one day to pursue a scientific career. Now, we no longer have to be content with just watching reruns of Star Trek to see James Doohan in action; whenever we want to look up to Scotty, we need only look to the stars.

Space is in good hands now. Rest in peace, Scotty.

Watch video of the launch below.

In this article:James Doohan, Science