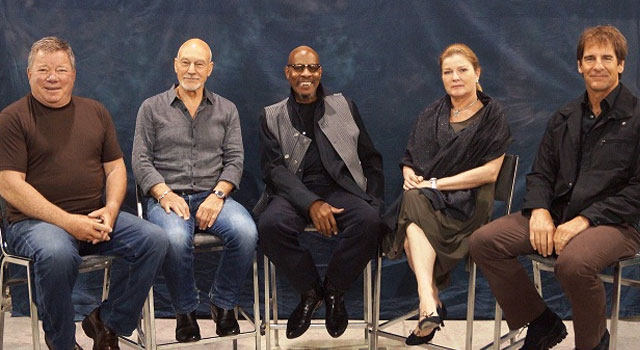 This marks the very first time the five captains, William Shatner, Patrick Stewart, Avery Brooks, Kate Mulgrew and Scott Bakula, have appeared together at such an event.

The next scheduled appearance of the captains is scheduled for the Destination: Star Trek event, which takes place October 19-21 in London.