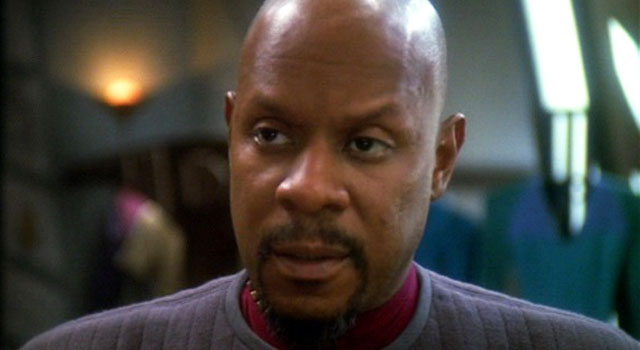 Avery Brooks: Benjamin Sisko Does Not Define Me

Last weekend, while in Nashville for Creation’s Official Star Trek Convention, Avery Brooks, who played Captain Benjamin Sisko on Star Trek: Deep Spavce Nine, discussed the character, his on-screen family, breaking down racial barriers and not becoming typecast, during an interview with the Nashville Scene.

“When I read the pilot script, it was the presentation of a man dealing with loss and raising a son, and how he handled those situations, that really got my attention,”

“Certainly the fact you have a black man in a command position is very important. That is something that goes far beyond just having black people working on a show, which itself is also very important. It goes to children being able to see themselves on screen and visualize that in the future they will be doing something of importance to the world at large. It addresses the situation of having all kinds of people interacting and cooperating for the mutual survival of the planet. The writing was exceptional, and the funny thing is I initially said no to Star Trek. My wife convinced me to go to the audition. She was the one who said, ‘You can’t say no to this.'”

“I was very grateful for the part, and remain very grateful today for what Star Trek: Deep Space Nine has meant to me in terms of my career,”

“But it was not the first job I’ve ever had in the business, nor was it the last one. The program is one that I am extremely proud to have been a part. I will always have fond memories, especially in terms of it giving me a worldwide forum and letting the world see black and brown people doing all types of things without their color being the critical aspect of what or who they are.” 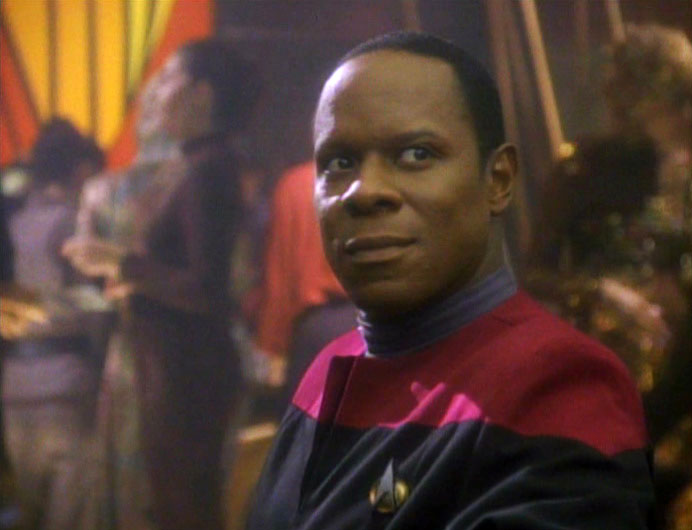 Avery Brooks as Sisko in the DS9 series premier "Emissary"

He went on to talk about his on-screen son, Jake Sisko, played by Cirroc Lofton.

“The relationship between Sisko and his son was also very important,”

“That was something else you still don’t often see on air, at least as it concerns black and brown men and their sons. We got to play complicated, emotional and intricate scenes, and we got to have tender and fun moments. It wasn’t a pat relationship or an easy one, and it was very realistic. The show never took the easy way out when it came to situations, be they personal or political, and that provided us with a lot of great things to do as actors.” 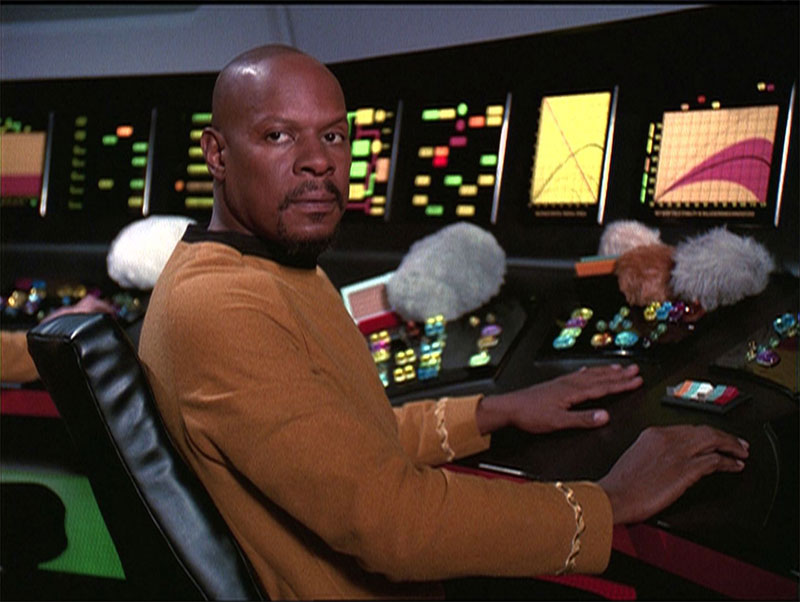 Brooks in the DS9 fifth season episode "Trials and Tribble-ations"

Brook, who has played other memorable roles outside of Star Trek, is also remembered for his part in Spencer for Hire, as Spencer’s sidekick, Hawk.

“When people come up to me and ask what being Benjamin Sisko meant, I understand why they are asking me that,”

“I don’t get mad or upset. I just let them know he was one aspect of my life, one role that was good to me, but not one that defines who or what I am. But I’m happy so many people remember it and remember me, and I hope the full message of Star Trek, that humanity must interact and evolve and survive in all its different experiences and embodiments, is what they really remember.”

As a reminder, 2013 will mark the 20th anniversary of Star Trek: Deep Space Nine.