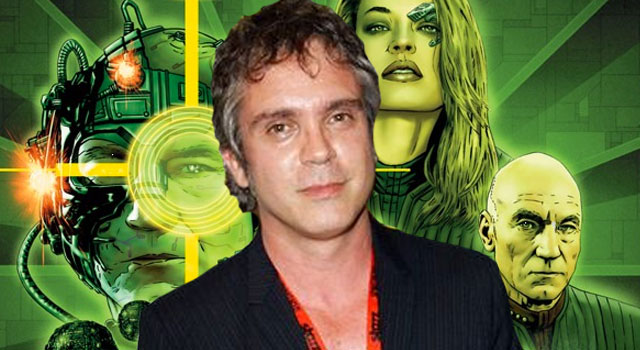 Brannon Braga, former Star Trek screenwriter and one of the most polarizing figures in the in all of Trek, returns to the franchise to pen Star Trek: The Next Generation: Hive, a comic book mini-series is set to debut in September.

Read the press release below for more information. 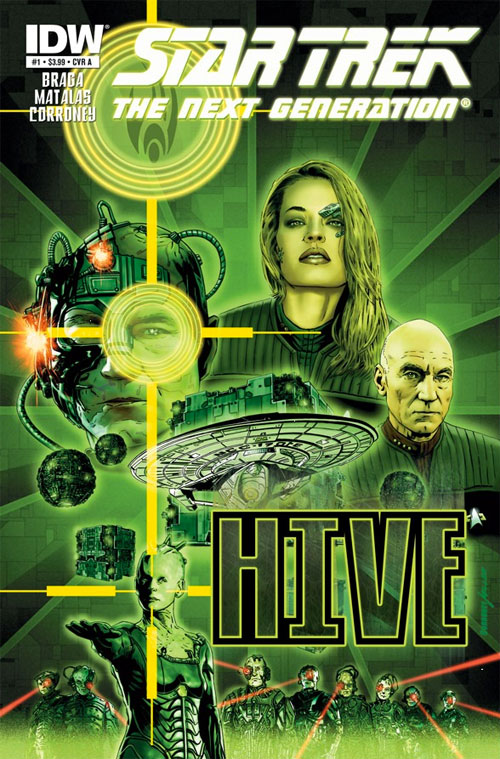 There’s no easy way to say it… the Borg are back. The cubes, the Queen, Locutus, and their intractable stance on resistance have reared their ugly heads once again to jeopardize the fate of our Galaxy. With all evil, though, must come good, and who better to thwart the Borg’s steely agenda than Captain Jean-Luc Picard and the crew of the U.S.S. Enterprise?

For the show’s twenty-fifth anniversary, Hugo Award-winner Brannon Braga, one of The Next Generation’s key writers, is joining forces with fellow Trek scribe Terry Matalas and artist Joe Corroney to bring Captain Picard and the Enterprise’s crew back for a dynamic new journey.

“It’s a thrill and privilege to be writing in the Star Trek universe again,” said Braga. “This graphic medium will provide the narrative ambition and visual scope this story deserves — the final chapter in The Borg saga!”

In a distant future, where the deadly Borg have assimilated the entire Galaxy, Picard, his crew, and some unexpected allies must prove once and for all that resistance is not futile! Packed with mind-bending twists, time-jumping action, and revered, genre-defining characters, STAR TREK: THE NEXT GENERATION: HIVE promises to be a must-read event for fans of the TNG’s intrepid legacy.

This September, tell your local comic shop to make it so!

Visit IDWPublishing.com to learn more about the company and its top-selling books. IDW can also be found at Facebook and tumblr and on Twitter at @idwpublishing.

About IDW Publishing
IDW is an award-winning publisher of comic books, graphic novels and trade paperbacks, based in San Diego, California. Renowned for its diverse catalog of licensed and independent titles, IDW publishes some of the most successful and popular titles in the industry, including: Hasbro’s The TRANSFORMERS and G.I. JOE, Paramount’s Star Trek; HBO’s True Blood; the BBC’s DOCTOR WHO; Nickelodeon’s Teenage Mutant Ninja Turtles; Toho’s Godzilla; Wizards of the Coasts Magic: The Gathering and Dungeons & Dragons; and the Eisner-Award winning Locke & Key series, created by best-selling author Joe Hill and artist Gabriel Rodriguez. IDW is also home to the Library of American Comics imprint, which publishes classic comic reprints, and Yoe! Books, a partnership with Yoe! Studio.

IDW’s critically- and fan-acclaimed series are continually moving into new mediums. Currently, Jerry Bruckheimer Films and Disney are creating a feature film based on World War Robot, while Michael Bay‘s Platinum Dunes and Sony are bringing Zombies vs. Robots to film.

In this article:Brannon Braga, Star Trek: The Next Generation