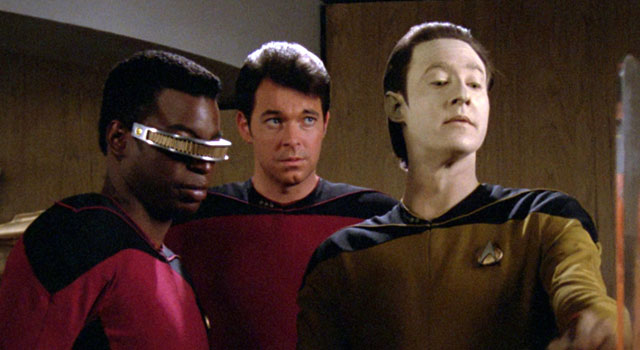 On Monday July 23rd, two episodes of Star Trek: The Next Generation in HD will beam into theaters across the United States, the day before the first season of the now 25-year-old show’s first season on Blu-ray hits store shelves.

The theater events will include the two first season episodes “Where No One Has Gone Before” and “Datalore,” plus a look at some of the behind the scenes features from the Blu-ray release.

Tickets are on sale now through the Fathom Events website for $12.50.

RELATED: List of Theaters for the Special Star Trek: The Next Generation Event