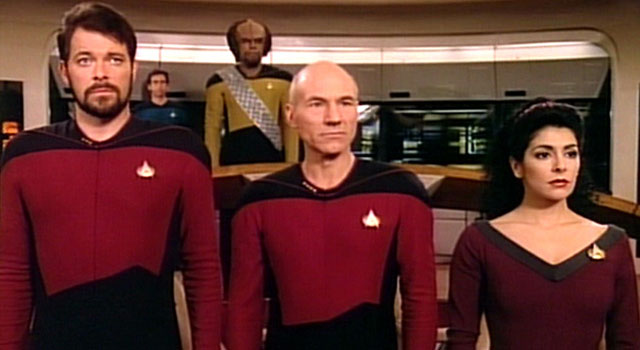 After a four-year absence, Creation Entertainment has announced that the Star Trek and Sci-Fi Grand Slam will return to Los Angeles in 2013. Star Trek: The Next Generation‘s Patrick Stewart, Jonathan Frakes, and Marina Sirtis have already been announced for the event. Other non-Star Trek guests include Grimm‘s David Giuntoli, The Vampire Diary‘s Steven R. McQueen, Being Human‘s Sam Witwer, and Teen Wolf‘s Tyler Posey.

While other ticket options will be available in the coming months, Gold Weekend Packages are already on sale at Creation’s website.