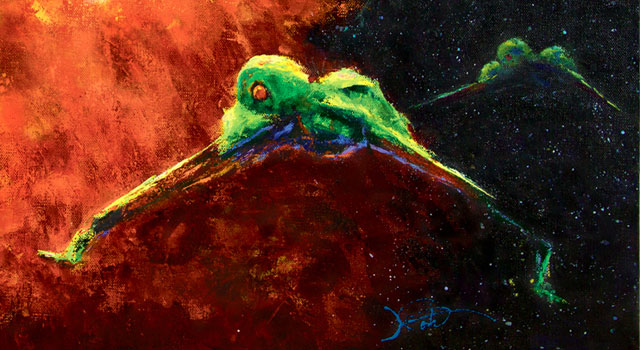 The good folks over at Bye Bye Robot are back with two new additions to their Star Trek series. Originally painted by artist Jeff Foster, the prints depict the USS Enterprise and three Klingon Birds-of-Prey.

Printed on high-quality heavyweight 100lb. acid-free paper, the impressionist style posters are available now on the Bye Bye Robot website for $25 each.

Scroll down for the full press release. 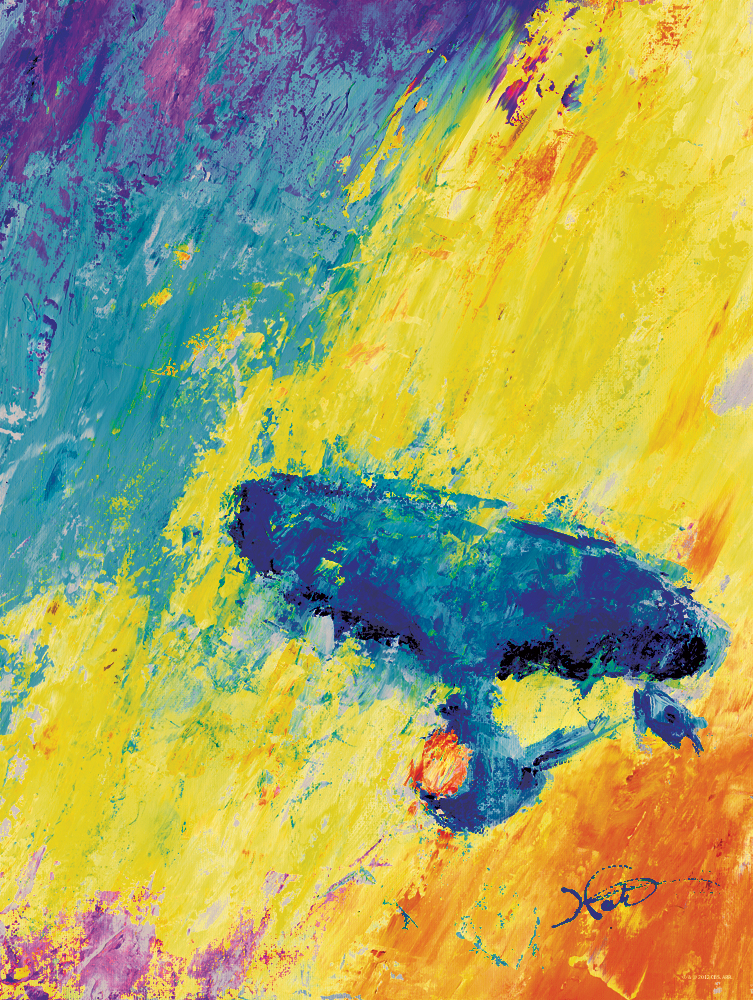 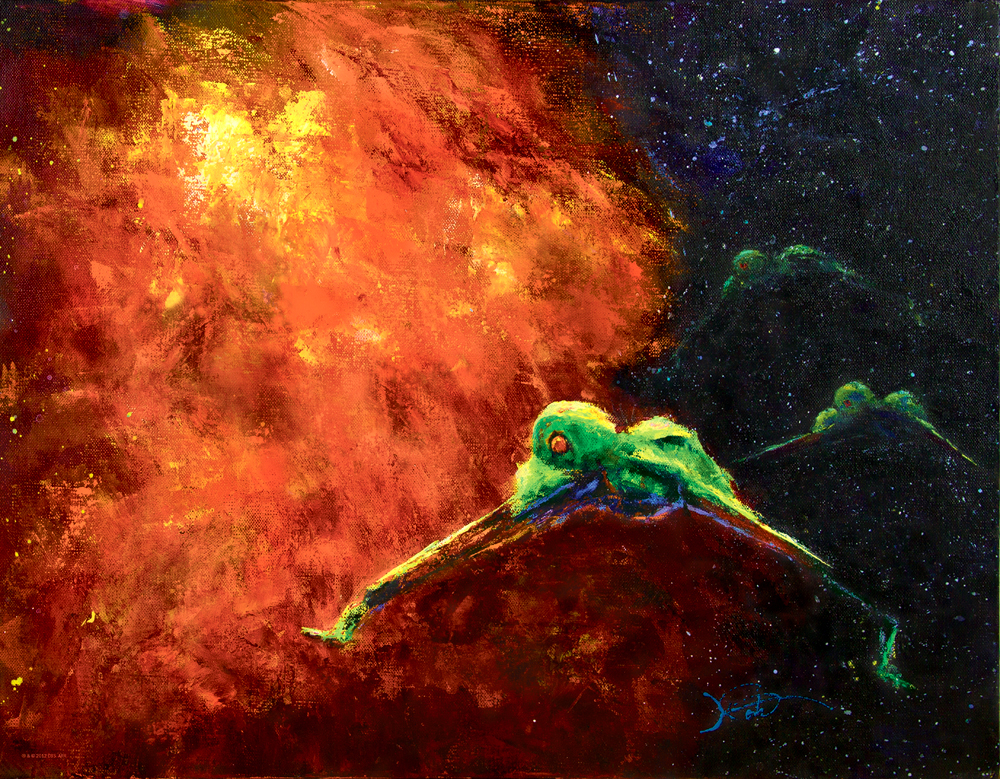 An art style harkening back to the Impressionists, featuring the U.S.S. Enterprise & Klingon Birds-of-Prey.

Launched at Comicplaooza in Houston, the new posters were a hit with STAR TREK™ fans & art collectors alike.

“We are thrilled with the popularity of the new series,” says Charity Wood, Co-Founder of Bye Bye Robot. “Jeff’s work brings another dimension to the realm of SciFi & STAR TREK artwork. We can’t wait to see what he has in store for the rest of his series”

Both the “Exploration” and “Hunting for Prey” posters, licensed by CBS Consumer Products, are available for purchase today from https://www.byebyerobot.com for $25 plus shipping. The new poster will also be available at Creation Entertainment’s Star Trek Convention Las Vegas in August.

About Bye Bye Robot, LLC
Founded in 2011 by Charity and Chris Wood, Bye Bye Robot is an independent publisher of art. Currently, they are a licensed seller of original works of art based on all of Gene Roddenberry’s live action Star Trek TV series plus Original Series and Next Generation movies. Bye Bye Robot is dedicated to creating deeply immersive, visually spectacular pieces of art that will amaze and inspire viewers for generations.