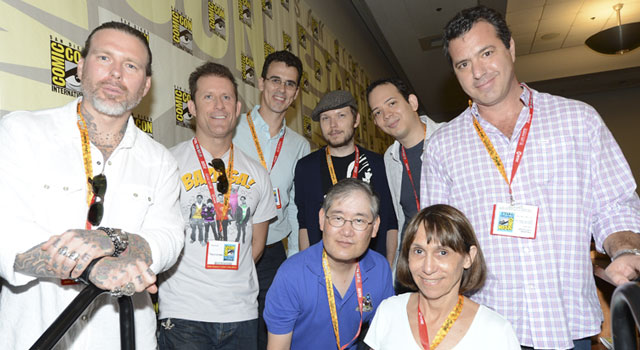 On Thursday, at San Diego Comic-Con, members of the production team working on the remastering of Star Trek: The Next Generation discussed the project.

Of the topics discussed, the most interesting may be the possibility of remastering Deep Space Nine, after the TNG project has been completed.

Watch the entire 26-minute panel below:

Special thanks to Vimeo user Daniel Koelsch, who recorded the panel.

In this article:Mike Okuda, SDCC, Star Trek: The Next Generation