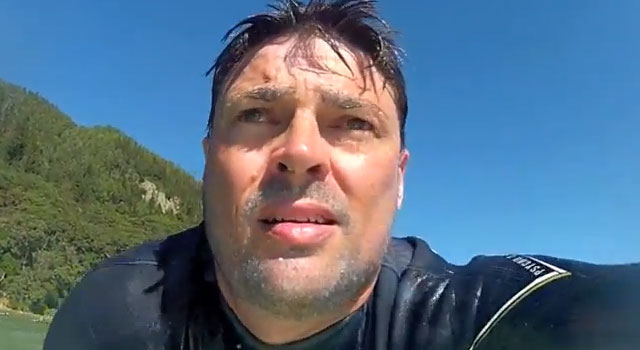 Leading up to this year’s San Diego Comic-Con, Karl Urban said he’d debut some exclusive footage on his Youtube channel at the annual event. As it turns out, Urban kept true to his word and released some footage. However, it wasn’t quite what Star Trek fans were hoping for.

Instead of a glimpse at next year’s Star Trek sequel, Urban’s video showed off some of his surfing skills along with the following description:

As promised a direct from the set of the new Star Trek ,
Exclusive footage ……..ENJOY

If you’re interested, you can watch the video below. Make sure you watch it all the way through, for what can be described as exclusive footage from the sequel’s set.”

In this article:Karl Urban, Video