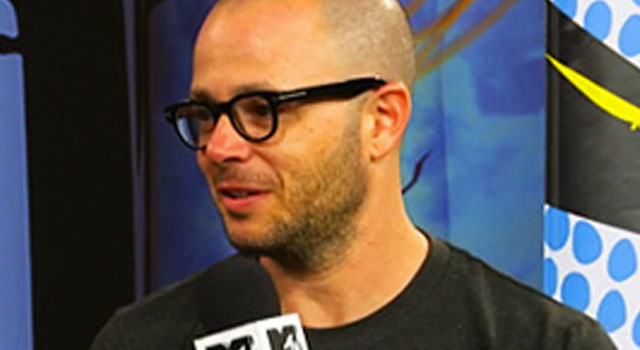 With the Star Trek sequel due in theaters next May, one of the many hot topics with fans has been the discussion of the film’s title and possibly dropping the words “Star Trek” from the title — Similarly to how “Batman” was eliminated from the title of The Dark Knight.

Recently, Star Trek Co-producer Damon Lindelof shared the struggles of naming the film, telling MTV that “There have been more conversations about what we’re going to call it than went into actually shooting at this point.”

Lindelof’s co-writers and Director J.J. Abrams have kept a running email chain of every title suggestion, including many joke title, like “Star Trek: Transformers 4,” which Lindelof liked “because it’s technically available.” However, since there’s already “Star Trek II: The Wrath of Khan,” “Star Trek II” will not work and numbers in the title are not an option.

Lindelof would like to stay away from titles with a colon as well, “There’s no word that comes after the colon after ‘Star Trek’ that’s cool,” he stated. “Not that ‘Star Trek: Insurrection’ or ‘First Contact’ aren’t good titles, it’s just that everything that people are turned off about when it comes to ‘Trek’ is represented by the colon.” He also admits that coming up with a sequel title without a colon is a challenging task.

To kindle the fire of fans’ curiosity even more, the mystery around Benedict Cumberbatch’s character also remains unsolved. He may be playing the telekinetic Gary Mitchell, as a recent interview with Karl Urban suggests. Lindelof has promised a surprise revelation via YouTube and has not revealed whether Urban’s statement is a slip of the tongue.

“I don’t begrudge Karl or anything that he said because this is his story too, but I will not confirm or deny anything that he said,” Lindelof commented. “This is the thing about keeping secrets, which is sooner or later, it’s going to come out because somebody said something and hopefully that doesn’t happen on camera or formally in an interview,” he continued.

Of course, no “leaks” about the title have come out because the team is still struggling to choose one. Fans and filmmakers alike remain safely in the dark and hope that, with the rejection of conventional titling techniques, this sequel may go where no one has gone before.

“I think Karl is off the reservation, as they say in the CIA. I love him, and he is a genius, and I heard ‘Dredd’ paid huge,” Lindelof said. “This is the thing about keeping secrets, which is sooner or later, it’s going to come out because somebody said something and hopefully that doesn’t happen on camera or formally in an interview. I don’t begrudge Karl or anything that he said because this is his story too, but I will not confirm or deny anything that he said.”

In this article:Damon Lindelof, Star Trek Into Darkness, Video