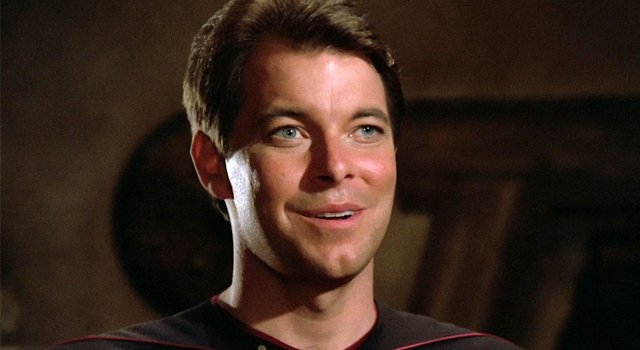 Jonathan Frakes, who played Star Trek: The Next Generation‘s Commander William Riker, the second in command of the Starship Enterprise-D, recently looked back at his time on the show that made him a household name.

With the release of TNG’s first remastered season on Blu-ray, due in stores next week, the actor/director discussed his earliest memories of working on the show with Newsday.

We were so green and tentative in terms of our interrelationships. . . . I was told by “Star Trek” creator Gene] Roddenberry that he wanted Riker to be like Gary Cooper — a Midwestern glint, no smiling, all about honor and duty. That was fine for the character, but it was a strange, limiting box for me as an actor because I’m a little more flamboyant. Eventually, that all worked itself out. As I watch those first-season shows, we’re all a little stiff, but I’m particularly stiff, I think. Fortunately, we lasted long enough that we found a way to relate to each other.

He went on to talk about the fan’s initial reaction to a new crew.

Oh, the incredible skepticism. I was not aware of the cultural phenomenon that “Star Trek” was when I first got the job. I quickly learned because the Kirk-Spock-and-Bones “Star Trek,” and that triangle, the magic of that ironic, sarcastic relationship that developed on that show, was something that Patrick [Stewart] and Brent [Spiner] I always aspired to and never quite were able to achieve because the writing was different and the characters were obviously different. . . . When we were finally on our third or fourth season, when we’d found our rhythm, the audience began to find room in their hearts for both shows. 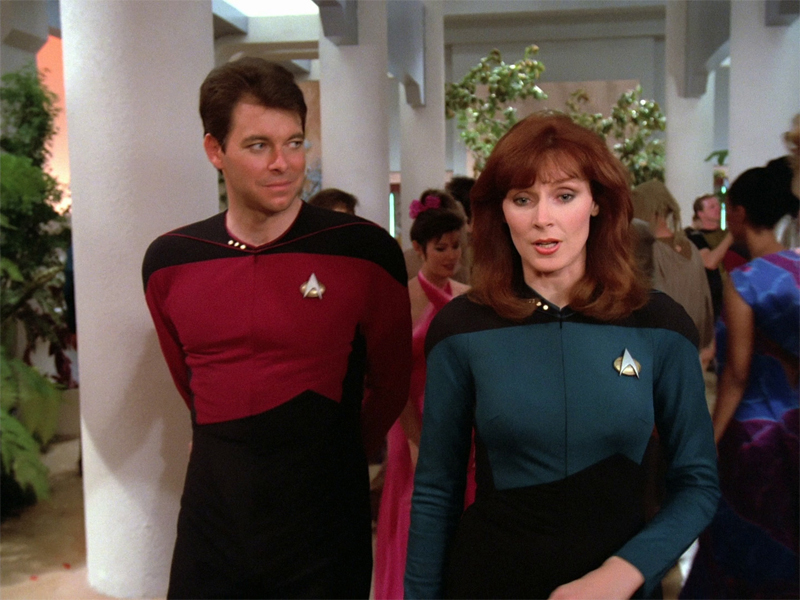 TNG was lightyears ahead of most TV shows in regards to special effects, when it debuted in 1987, but what attracted most fans to the series was the characters and their interactions.

Star Trek: The Next Generation, Season 1 Remastered on Blu-ray is available at Amazon.

In this article:Interview, Jonathan Frakes, Star Trek: The Next Generation