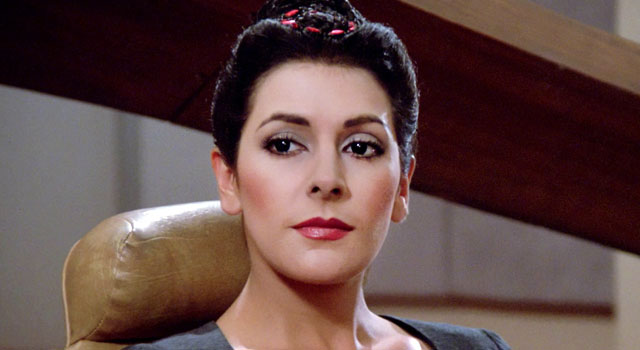 On the heels of the release of Star Trek: The Next Generation‘s first season on Blu-ray, Marina Sirtis, TNG’s Counselor Deanna Troi recently discussed the impact Star Trek has had on society.

“It’s like the franchise that will not die,” Sirtis told ComigSoon.net while discussing the Star Trek franchise.

“We’ve tried to kill it on various occasions. One of the movies I’m thinking of, particularly. But it just goes on and on. I just think, when you hit on a winning formula, that’s what it is. I have people telling me that they became a psychologist or a counselor because of me. I’m just an actress! I show up with my lines learned. I show up and hit my mark and try not to bump into the furniture. It’s an honor.”

The first remastered season of Star Trek: The Next Generation on Blu-ray was released on Tuesday.

In this article:Marina Sirtis, Star Trek: The Next Generation