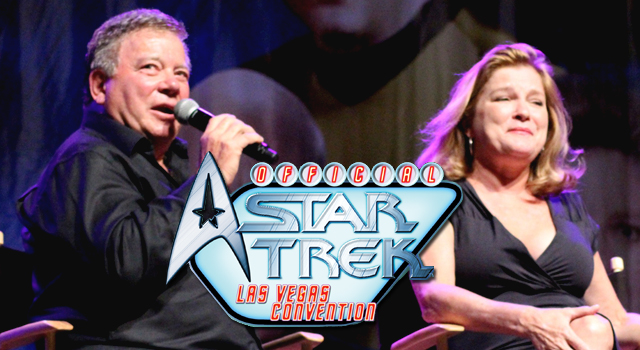 The convention runs from Thursday through Sunday and is the largest yearly event of it’s kind, featuring a veritable who’s who of Star Trek actors, writers, producers, vendors and fans. The 2012 convention celebrates the 25th anniversary of Star Trek: The Next Generation, which premiered on syndicated television, back in 1987.

This year’s convention returns to the Rio Suites Hotel and Casino, a location first used for last year’s gathering, after moving from it’s former home at the Las Vegas Hilton. 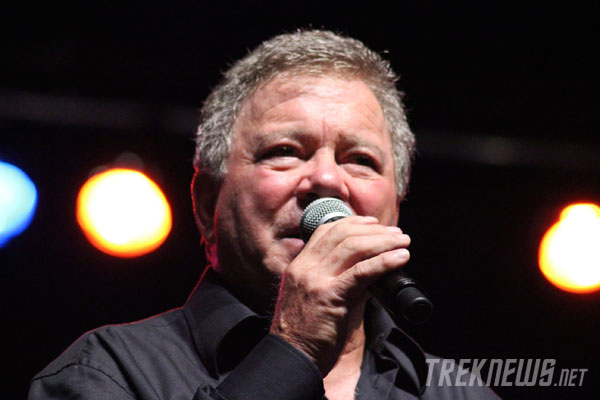 While the absence of both Leonard Nimoy and Patrick Stewart will be felt, William Shatner is set to headline the event, which features over 70 celebrities, including Avery Brooks, Kate Mulgrew, Scott Bakula, Jonathan Frakes and Brent Spiner.

While Gold and Captain’s Chair tickets are sold out, Preferred and General Admission options are still available on Creation’s website.

The annual four-day event boasts an impressive lineup of Star Trek actors. Some of the guests include: 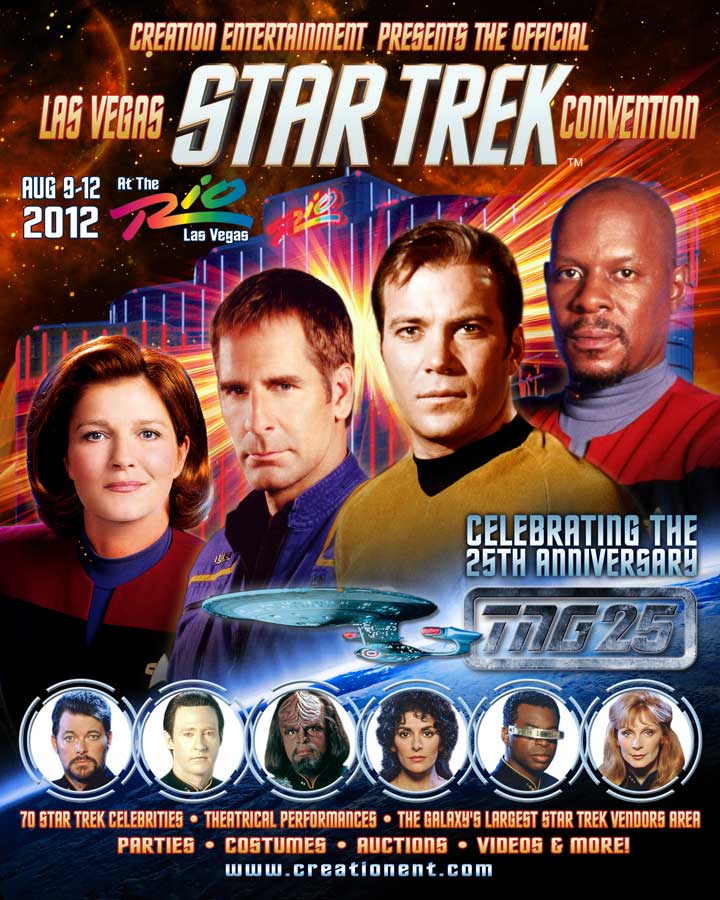 Creation has announced that the “main event” of the convention will be the appearance of four Star Trek captains (William Shatner, Avery Brooks, Kate Mulgrew and Scott Bakula) on stage together. That very special appearance will take place on Sunday.

Avery Brooks performing in concert on Saturday night. Tickets to the concert are included for Gold Weekend, Captain’s Chair and Preferred Weekend Patrons. General admission tickets are available for $30.

William Shatner’s new EPIX documentary, “Get A Life!” will be screened on Sunday.

The annual costume parade, featuring some of the most creative costumes in the world, will take place on Saturday evening. 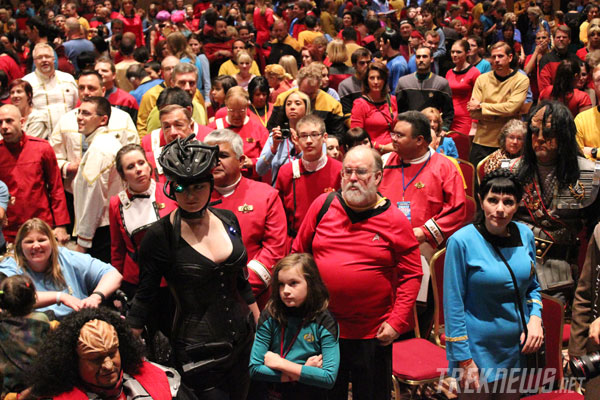 Following last year’s acheivement, the judges from the Guinness Book of World Records will be on hand again as an attempt is made to break the 2011 record of 1040 costumed Star Trek fans.

A full rundown of official events is available at Creation’s website.

On Thursday and Friday night, Rod Roddenberry will present screenings of his documentary “Trek Nation.”

Larry Nemecek’s Trekland and “The Con of Wrath” along with DVD Geeks, Televixen and TrekNews.net present the second annual “Spockstar” party on Wednesday night at the Masquerade Bar inside the Rio starting at 9 p.m. Just as we did last year, we’ll have trivia and tons of great prizes to give away.

Not able to make it to Vegas this year? Well, I’ve got good news for you. TrekNews.net will be on hand all four days, updating the front page of the website with exclusive news and photos live from the convention floor. We’ll also be tweeting pics and updates over at @TrekNewsnet on Twitter.

What are you most looking forward to at this year’s convention? Let us know in the comments below.