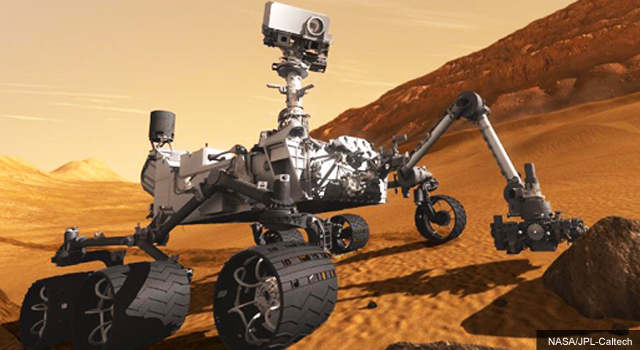 To boldly go where no man has gone before…

In continuation of NASA’s tradition of extending Man’s reach beyond the confines of Earth and in the realization of the dream of exploration purported in Star Trek, the Mars Science Laboratory (MSL) rover, Curiosity, will land on the surface of Mars on August 6th, 2012. Curiosity was launched from Earth on November 26th, 2011 with the intent of understanding the geological evolution of the fourth planet from our sun and to determine the planet’s suitability for an eventual manned mission as well as, in the far future, a habitable colony. It will be an emotional ordeal for me as I once visited the Jet Propulsion Laboratory in early 2011 with one of my undergraduate professors and saw Curiosity first-hand (or rather its descent module) while in development. To await such an accomplishment, to be there at its beginning, wait anxiously for months, and finally witness Curiosity’s visitation to this foreign world produces a feeling so sublime and euphoric that words could not explain how I feel. Strange how one could view a machine with a spiritual, almost life-like quality, as though Curiosity was a conscious being with its own values and purpose in life. I saw Curiosity as Dr. Soong saw Data: the MSL rover was as alive to me as any other sentient being.

Here is a quick video describing the most crucial part of the Mars mission: its landing:

Unlike its predecessors, Spirit (which is still stuck in a ditch on the Red Planet) and Opportunity, Curiosity is nearly the size of a small minivan, containing a myriad of complex, computer-automated laboratory equipment that can analyze Martian soil and terrain topography (from orbit), information that could give scientists a clue as to what Mars was like millions of years ago before it lost its atmosphere.

From previous investigations, we have already confirmed the existence of water on Mars by examination of the polar ice caps and by deduction of metallic rust on the surface (which was likely produced by a chemical reaction involving iron, water, and oxygen). The Valles Marineris, a large canyon on Mars that spans more than 4,000 kilometers, was likely carved out and eroded by water and shredded apart by millions (perhaps billions) of years of tectonic activity. In light of this and the observation of dead Martian volcanoes, Mars had an active core at some point in its past (it doesn’t anymore due to the absence of a magnetosphere surrounding the planet); one of the goals of the MSL rover is to find clues of that active past, as understanding how Mars evolved geologically may help us understand how Earth also evolved geologically. Another similarity between Mars and Earth is the fact that both planets are tilted on its rotational axis, which means that it has seasonal temperatures and a fluctuating climate as it revolves around the sun, like Earth does. If Mars had oceans of liquid water, plate tectonics, and an active core, it is highly probable that Mars was once Earth-like. But what of other more elusive Earth-like qualities? 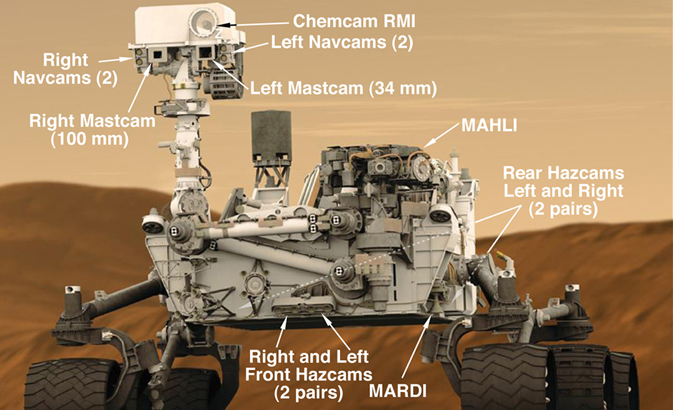  
Mars. In addition to the occasional inactive volcanoes that are spread throughout the planet, the large canyon shown across the surface is Valles Marineris.

Most pressing of all of our questions regarding Mars pertains to the emergence of life: has life ever existed on the planet? If so, in what form? Scientists hope that, where Opportunity didn’t have the equipment necessary to make that determination, Curiosity may give us the answers we need. While, in Star Trek, alien visitors can take a soil/water sample and examine it under a powerful microscope (more sensitive than even our electron microscopes) to find swimming organisms, modern scientists are limited by applications that seem quaint by comparison. In fact, it is nearly impossible to survey tons of soil and look for a microfossil of a bacterial cell sandwiched between two rock samples. Our search is more comprehensive than that. 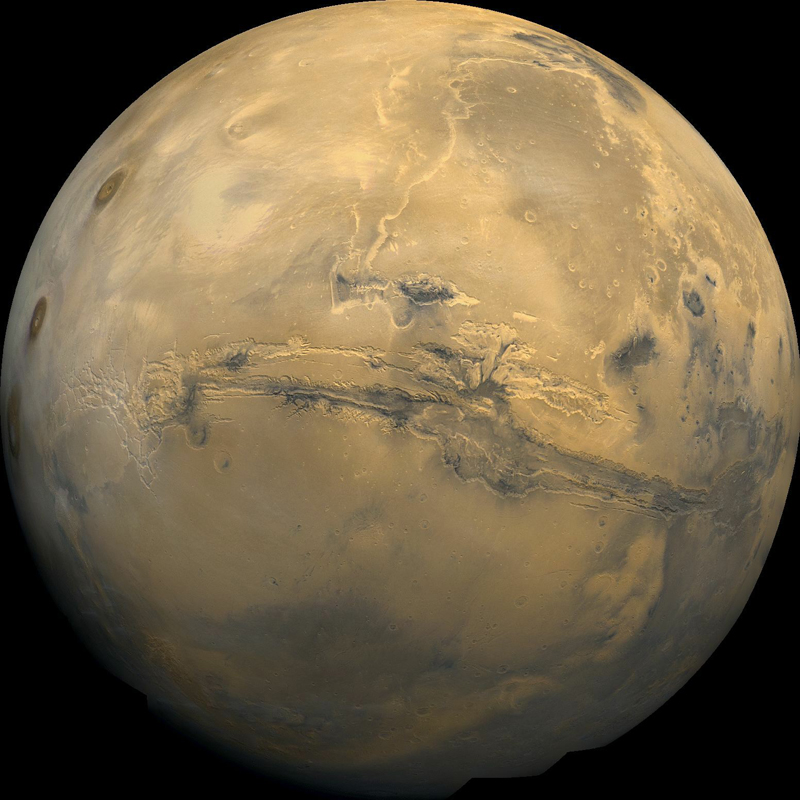 Our understanding of life (or rather, the building blocks of life) on Earth is that the amino acids that make up the proteins of any living organism exists in a specific chirality (L or D forms). Amino acids can be generated spontaneously on any planet, moon, or asteroid; however, it would form L- and D-amino acids in equal proportions, which on its own is not conducive to the emergence of life. Observing equal abundances of L- and D-amino acids in an extraterrestrial rock sample would not constitute as sufficient evidence of extraterrestrial life. However, should a spectrophotometric analysis of a Martian soil sample yield the finding that there exists amino acids of a specific chirality, then it is indirect evidence, though not an absolute confirmation, that life may have very well existed on a planet other than Earth. Such a finding, no matter how apparently menial or tedious, would be a significant discovery, one deserving sincere admiration and celebration. And yes, scientists must, even at that point, remain skeptical and conservative: the discovery of a certain type of amino acid is not a be-all-end-all answer to our questions, but rather a stark indication that life MIGHT have existed on Mars. Further investigation is required before we can convince ourselves that it is true.

It is an incredibly daunting task, the search for life, so may the reader be warned: as are all things in science, we will inevitably run into failures and misses before we finally discover something truly remarkable. But in addition to skepticism, optimism is our greatest virtue! Certainly, detecting a single microbe, either living or dead, or even unearthing the residual hallmarks of life in Martian soil would be enough to change the way we view life in the grand scheme of the entire Universe. The search for life is a scientific process, shared and revered by all things Star Trek, and endorsed by the dream of Star Trek. We will step out into the enigma that is our Cosmos: one step at a time, one rover at a time, one dream at a time. Curiosity IS the embodiment of that dream coming true.

Curiosity’s landing on Mars can be watched tonight (August 6th) on NASA’s website. A “Live Events Schedule” can be found on the same webpage.