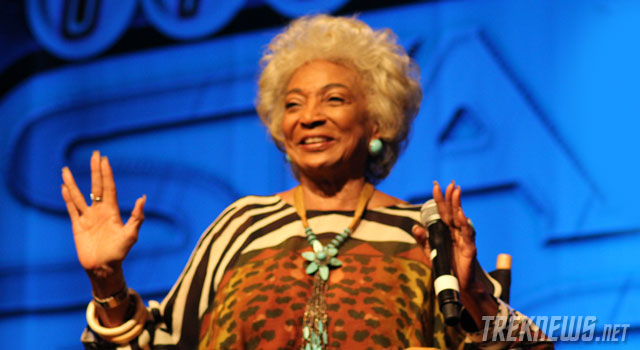 Star Trek fans from all around the world gathered at the Las Vegas Rio for Creation Entertainment’s Official Star Trek Convention, which kicked off last Thursday. 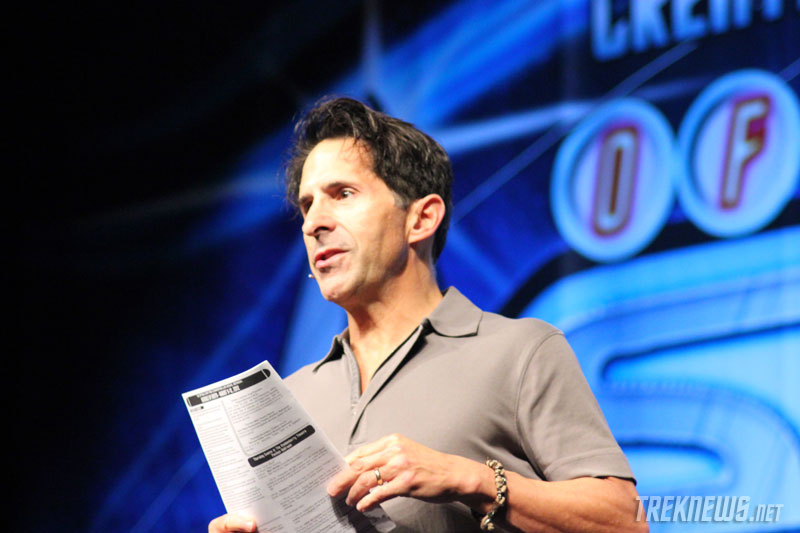 The Convention guests enjoyed two separate rooms where they could share Trek stories and chat with fans from stage. Trekkies also gathered in the Convention’s Captain Dave Vendors Room, officially named after the late Star Trek fan from William Shatner’s Get a Life documentary. 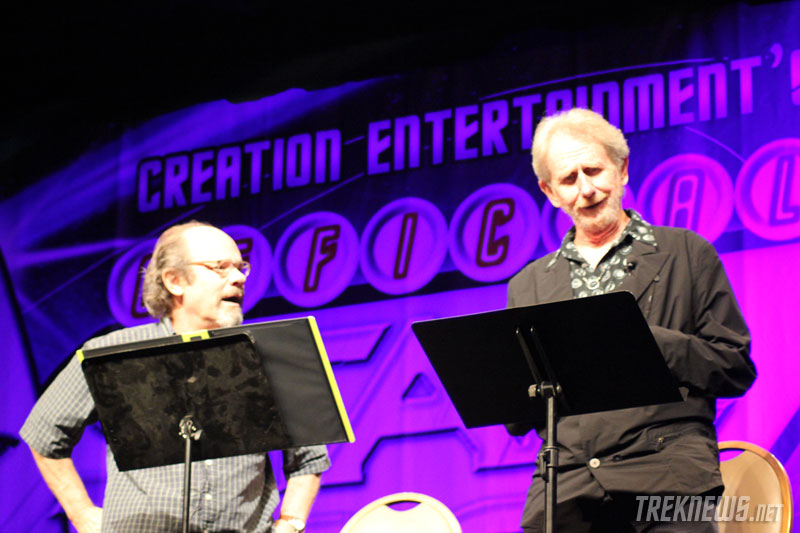 Stage appearances offered took on a variety of approaches. For example, Armin Shimerman, Casey Biggs and Jeffrey Combs performed their favorite Shakespeare scenes. Perhaps not as serious as to offer Shakespeare, but just as enthusastic, Ethan Phillips and Rene Auberjonois, put on a comedy show. Martha Hackett, Jeffrey Combs and Casey Biggs also joined forces for their appearance. Creation co-founder Adam Malin chatted with TNG’s Ben Vereen before opening the floor to fan questions. At the end of his appearance, Vereen said “Live long and prosper,” and then smiled, “I always wanted to say that.” In other cases, actors didn’t hold traditional Q&A sessions. 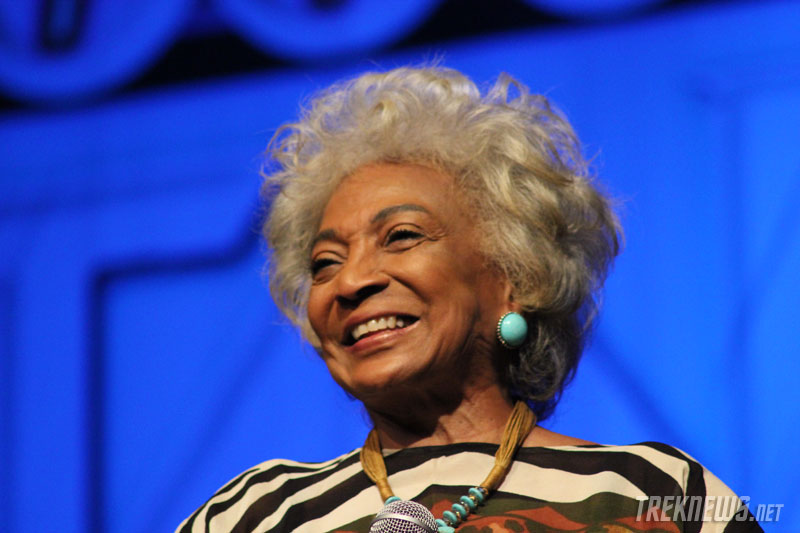 Thousands of fans enjoyed Nichelle Nichols’ appearance on the main stage. Nichols, who recently met with President Barack Obama, disclosed that the President entered the room and saying “I’ve had a crush on Uhura since I was a teen.” She told fans that the President is “a real Trekker” and that he happily accepted her idea to do a Vulcan salute photo. The actress also shared a story about her first meeting with NASA administrators as part of an effort to diversify the astronaut program. She said had concerns about whether the agency would follow through with the diversification. Nichols also revealed that Sally Ride was one of her recruits. 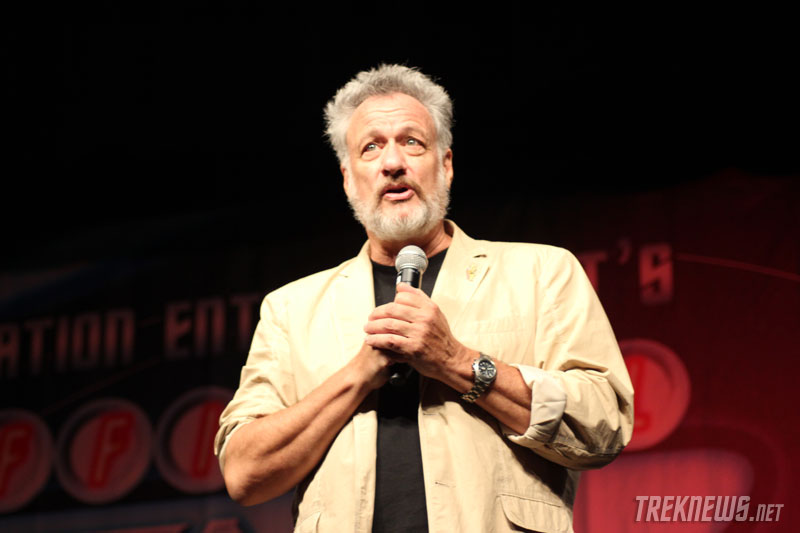 Other events included a Gold Dinner Celebration in the famed Voodoo Lounge and a sold-out Borg Resistence Is Futile Party & Bingo Game. All of these events provided a good “warm-up” for Friday’s program, which features an exciting panel titled “Who is a Trek Girl and how did she become one? “ and much more.

Stay tuned to TrekNews.net for coverage of all four days of the 2012 Las Vegas Star Trek Convention.