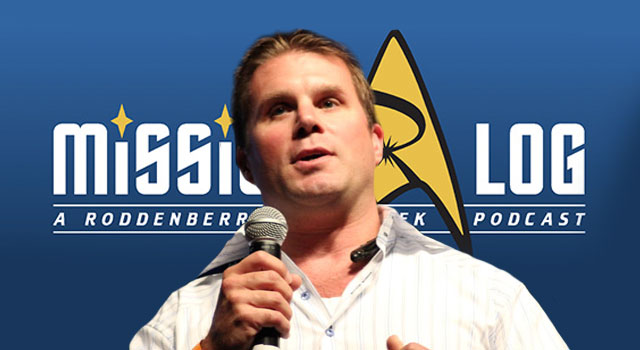 Rod Roddenberry along with Roddenberry Entertainment in partnership with Chris Hardwick’s Nerdist Industries, has announced the debut of a new Star Trek podcast, entitled “Mission Log”.

Co-hosted by John Champion of DVD Geeks and Ken Ray of the Mac OS Ken podcast, the series will chronologically explore all 726 episodes of Star Trek, beginning with the unaired TOS pilot, “The Cage”. Rod Roddenberry, son of Star Trek creator Gene Roddenberry and producer of the “Trek Nation” documentary, is set to join the show as an occasional guest.

The first episode is now available in iTunes.