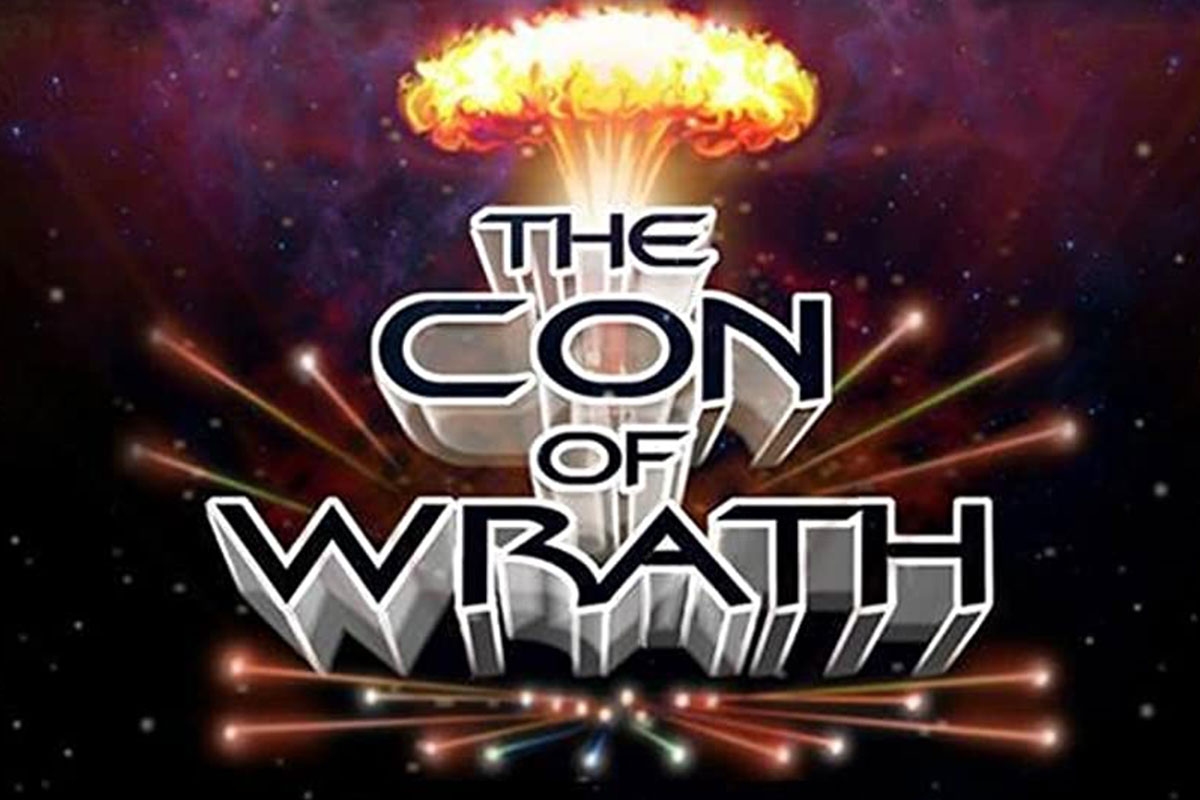 The first teaser trailer for the documentary The Con of Wrath has arrived. The plan for the film from director (and Star Trek consultant) Larry Nemecek is to delve into the meltdown to miracle saga of the Ultimate Fantasy convention, which took place in June of 1982.

The teaser gives us a peek at the footage collected for the film and features a few of the names Nemecek has interviewed about the event in recent years, including The Original Series star Walter Koenig, Star Trek film writer/producer Have Bennett, Star Trek producer Eric Stillwell and James Doohan‘s widow, Wende Doohan.

From the press release:

The Con of Wrath: It was supposed to be the granddaddy of all Star Trek conventions, a glitzy rock concert of an event planned to truly go where none had gone before-complete with laser shows, orchestral oomph and a revolving stage in Houston’s NBA-sized arena. Instead, fans got the mother of all meltdowns-and, numbering in the hundreds, rather than thousands, gave it the nickname that itself was a takeoff on “The Wrath of Khan,” the hit Star Trek movie sequel released only days before.

“It’s a universal ‘riches to rags to riches’ story,” Nemecek says. “There have been big fan conventions, and big convention failures, but never anything like it before or since. When turnout numbered in the hundreds, not thousands… well, like a train wreck, it was almost impossible to look away.”

The legendary Star Trek cast proved to be heroes off the screen as well, after they all decided to stay and make a stand — joining staff, vendors, and fans from all over in making sure this show must go on, too.

“These circles within circles each reacted and dealt with the fiasco in their own way, not only surviving but salvaging the experience for those who were on hand,” Nemecek says. “And along the way are a lot of great stories.”

For those interested in helping the project take flight, Nemecek has set up a donor section over at his website for the Con of Wrath.

Update: the video no longer available.