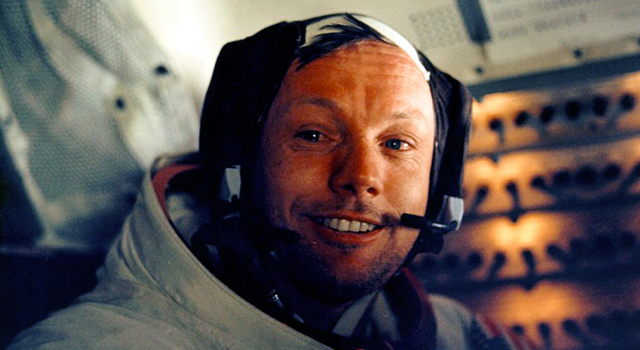 Neil Armstrong, the first man to walk on the moon, as part of NASA’s Apollo 11 mission, has died at the age of 82.

Armstrong passed away on Saturday while recovery from heart-bypass surgery, a procedure he underwent just a few weeks ago.

His first words after setting foot on the surface of the moon on July 20, 1969, “That’s one small step for man, one giant leap for mankind,” have been etched in our memories and will live on as we continue to reach out and explore the unknown.

Within minutes of the news NBC News breaking the story, thousands took to Twitter to react to Armstrong’s passing.

With him, we all took one giant leap towards the heavens. Rest in peace, Neil Armstrong, as you rejoin them.

Our little planet is a better place because Neil Armstrong was here to show us that we don’t have to limit ourse… twitplus.co.uk/t/kv0

One great moment of silence for mankind. Rest in peace, Neil Armstrong.

Rest in peace, Neil Armstrong.Thank you for making that giant leap for all of us.

Neil Armstrong was a hero not just of his time, but of all time. Thank you, Neil, for showing us the power of one small step. -bo

I know I am joined by millions of others in mourning Neil’s passing – a true American hero and the best pilot I ever knew.

Armstrong’s family released the following statement through their website.

“We are heartbroken to share the news that Neil Armstrong has passed away following complications resulting from cardiovascular procedures.

Neil was our loving husband, father, grandfather, brother and friend.

Neil Armstrong was also a reluctant American hero who always believed he was just doing his job. He served his Nation proudly, as a navy fighter pilot, test pilot, and astronaut. He also found success back home in his native Ohio in business and academia, and became a community leader in Cincinnati.

He remained an advocate of aviation and exploration throughout his life and never lost his boyhood wonder of these pursuits.

As much as Neil cherished his privacy, he always appreciated the expressions of good will from people around the world and from all walks of life.

While we mourn the loss of a very good man, we also celebrate his remarkable life and hope that it serves as an example to young people around the world to work hard to make their dreams come true, to be willing to explore and push the limits, and to selflessly serve a cause greater than themselves.

For those who may ask what they can do to honor Neil, we have a simple request. Honor his example of service, accomplishment and modesty, and the next time you walk outside on a clear night and see the moon smiling down at you, think of Neil Armstrong and give him a wink.”