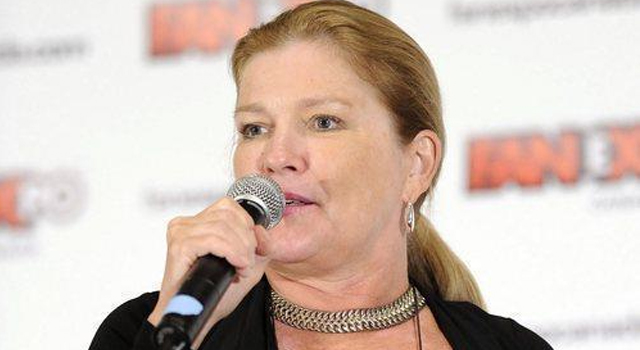 Kate Mulgrew, who is currently working on Syfy’s Warehouse 13 and is known to Star Trek fans as Captain Kathryn Janeway on Star Trek: Voyager, appeared on stage last weekend as part of Fan Expo Canada 2012 in Toronto. While on stage Mulgrew discussed her time on Voyager, spending time with patrick Stewart, along with some of her current projects.