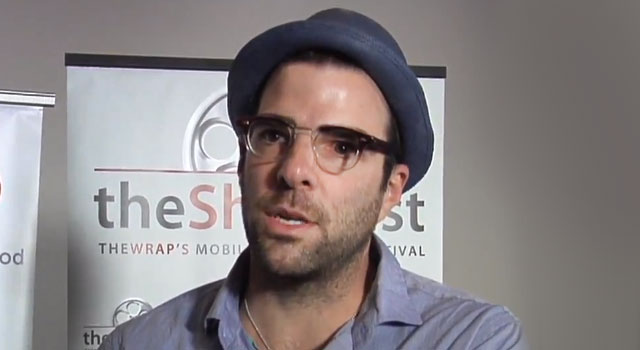 “It was bigger,” Quinto said. “It was bolder, I think, than the first one, and that was pretty big and bold from my stand point.”

“I feel like, you know, my work is done on the movie right now and until we have to go and promote it, then my work remains done and I let J.J. and his incredible team of people get in there and do the work that they need to do now,” he continued.

“I feel very fulfilled, but I don’t feel particularly attached to what the outcome of that project will be because I have faith in the people that I was collaborating with to make it as good as it can be,” Quinto added.

In this article:Interview, Star Trek Into Darkness, Video, Zachary Quinto