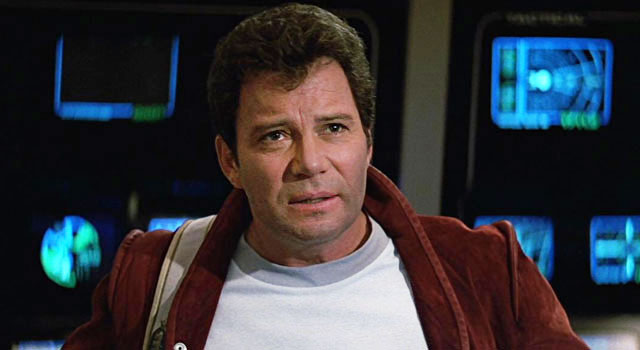 William Shatner, who earlier this year released his second EPIX-backed documentary “Get a Life!”, recently sat down with Mania to discuss some of his upcoming projects, his fondness of documentary medium and whether we’ll ever see the Star Trek V director’s cut, which has been rumored for years.

On the topic of future film projects, Shatner, now 81-years old, discussed his appetite for news, human stories along with his next project, a documentary which doesn’t focus on Star Trek or it’s fans, but rather the fandom surrounding the “Xena” franchise.

I am a news-oholic. I love watching the news. I love watching the stories. I love the human history that is exposed on CNN, CSPAN, and all that type of thing. I love the humanity behind what is going on and the discovery of it. I love the concept of making documentaries, but what would I make a documentary of that people were going to buy? So, faced with that, in the market place and the curiosity, I was able to combine the first half and make a documentary about Star Trek. Now, they see I can make a film. My ideas are being met with more approvals. I’ve got a couple of docs in the pipeline. For example, I went to a Xena Convention. Who goes to a Xena Convention? People in need. People who are so in need that they cling to each other because of the mutuality of what they are. It is a love fest. It is an embracing of like-minded people. That’s what I discovered. I am editing it right now and it is a fascinating documentary.

With the release of The Captains in 2011, Get a Life! in 2012 along with number of other commercial and musical projects, the former Captain Kirk has kept an exceptionally busy schedule as of late. He went on to discuss what attracts him to the documentary as a film medium.

This is like directing your own film. What I found is the best way to do this. I am working on a project right now that I can’t talk about because I am in the process of discovering if there is a story there or not, but I am discovering the way this type of documentary works for me is that it’s my discovery; that I am on camera discovering so that you, the audience, discover it along with me. I don’t want to be in it, but they [producers] demand that I ask the questions and that I am seen on camera. I am looking into their eyes, same as you, getting the non-verbal language as the verbal language is allowing the viewer to get inside.

A special edition or director’s cut of “Star Trek V: The Final Frontier” to properly convey his vision for the film is something that’s been rumored for years. Shatner went on to acknowledge that it’s a project he’d be interested in exploring, but one that he doesn’t feel Paramount would green-light at this time.

I would love to do that. I approached that subject years ago and they laughed me out of the office.